To share your memory on the wall of Gary Collamore, sign in using one of the following options:

Provide comfort for the family of Gary Collamore with a meaningful gesture of sympathy.

Gary loved his family dearly and worked hard to provide for them. He ran a pro-bono lawn care service and had three clients; all three of his children. He liked to take care of things like that to show them how much he loved them.

In his spare time, Gary liked to golf…a lot. He was a golfer in every aspect of the word. Gary even worked part-time at Broadmoore Golf Course in Moore so he could play for free, and he made the most of that situation. Gary had a close group of golf buddies that he hung around with. Sometimes, after a long day on the course, they would make a stop at the casino. On one occasion, he got lucky and won a truck, which, as you can imagine, was completely unexpected.

Gary was a loving father and son, a great friend, and a Good Samaritan when it came to strangers. Gary’s presence will be missed by many but it is certain that he will never be forgotten. Gary was preceded in death by his father, C.E. Collamore. He is survived by his mother, Neta Collamore, his brothers, Phil and Chuck Collamore, and his sister, Sue Spaulding and her husband, Monroe. He is also leaves behind his daughters, Kari and Whitney Collamore and his son, Adam Collamore and his wife, Caitlin, along with their three children, Maximilian, Eloise and Winston. He will be remembered well by his many extended family members and friends.
Read Less

To send flowers to the family or plant a tree in memory of Gary M. Collamore, please visit our Heartfelt Sympathies Store.

Receive notifications about information and event scheduling for Gary

We encourage you to share your most beloved memories of Gary here, so that the family and other loved ones can always see it. You can upload cherished photographs, or share your favorite stories, and can even comment on those shared by others.

Posted Dec 24, 2018 at 05:40pm
I am so sorry for the family’s loss. Death is truly an enemy. May you find comfort from the future promise recorded in 1 Corinthians 15:26 which says “the last enemy, death, is to be brought to nothing.” This is a promise from God’s word the Bible and we can be certain he will fulfill his promises.
Comment Share
Share via:
C

Posted Dec 16, 2018 at 02:47pm
Offering my deepest condolences at this time. May you find comfort in knowing that your dear loved one is resting now...merely sleeping and that soon Rev. 21:1-4 and Psalms 37:29 will soon be a reality....that soon we'll be able to see our loved ones again in a paradise earth no longer plagued with death, tears or pain. "The former things will have passed away." 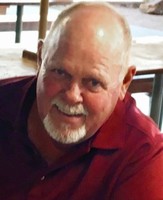