To share your memory on the wall of Clyde Paul Benton, sign in using one of the following options:

In lieu of flowers the family requests donations to Free to Live Animal Sanctuary in Edmond; Hope Center, Edmond; Salvation Army, OKC or the charity of your choice.

On Dec. 2, 2018, our family lost its most crucial and beloved husband, father and grandpa Paul Benton. This man was truly the “gentle” in gentleman: soft-spoken, intelligent and definitely the “listener” of our family. His encouragement, actions and deeds were entwined in his genuine love for family. Although his “roots” were in Texas, of which he was quite proud, he became an Okie at heart via his degree from Oklahoma A&M College. Born in McKinney, Texas, Oct 13, 1932, to Leslie Frank & Maggie B. (Kindle) Benton. Paul later moved to Oklahoma where he began a life of self determination and dedication to “making it in life” and became his own man by throwing newspapers at age 7. He faithfully served his country in the U.S. Army and was deployed to Korea during this conflict. Paul honorably achieved the rank of Master Sergeant. He was especially proud to be in the last graduating class of Oklahoma A&M College where he received his Bachelor’s degree in Business Administration. Paul was married to Beverly Haun for 35 years and while married, he was drafted to the Army. They had two children and Paul worked for Southwestern Bell. He then was employed by AT&T where he stayed until retirement. Paul married Alice Lay Lechtenberger in 1991. They enjoyed retirement, traveling, being antique dealers (Benton’s Bounty) and just “being together”. Preceding Paul in death were his mother and father, brother Leslie Benton, and sisters Anne and Margaret. Surviving family members, including his loving extended family are: Scott Benton, Edmond, (Nick and Andrew, grandsons, and Eugenia); Kerri Hickman, Longmont, CO. (Mike and grandchildren Jim, Rachel and Kaitlyn); Alice, wife of the home; stepchildren Kirk Lechtenberger, Dallas, (Blair and grandchildren Olivia and Wes); Dayna Koontz, Del Mar, CA. (Jim and granddaughter Alice), and Denise Lechtenberger, Denver, CO.
Read Less

To send flowers to the family or plant a tree in memory of Clyde Paul Benton, please visit our Heartfelt Sympathies Store.

Receive notifications about information and event scheduling for Clyde Paul

We encourage you to share your most beloved memories of Clyde Paul here, so that the family and other loved ones can always see it. You can upload cherished photographs, or share your favorite stories, and can even comment on those shared by others.

Posted Dec 24, 2018 at 05:13pm
I am so sorry for the family’s loss. Death is truly an enemy. May you find comfort from the future promise recorded in 1 Corinthians 15:26 which says “the last enemy, death, is to be brought to nothing.” This is a promise from God’s word the Bible and we can be certain he will fulfill his promises.
Comment Share
Share via:
G

Posted Dec 11, 2018 at 08:43am
My sincere condolences to the family. May the God of all comfort give you the comfort you need to endure this difficult time and the days ahead (2 Corinthians 1:3,4)
Comment Share
Share via: 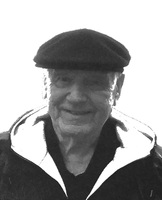 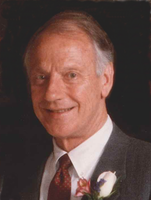