To share your memory on the wall of Donald Glasgow, sign in using one of the following options:

Provide comfort for the family of Donald Glasgow with a meaningful gesture of sympathy.

Don, 86, entered Heaven’s gates on Dec 2, 2018. The son of Lonnie & Alma (Stanfield) Glasgow, Don was born on Dec 10, 1931 in Rush Springs, Ok. After graduating from Capitol Hill High School, Don honorably served his country in the US Air Force. After his honorable discharge, Don married the love of his life, Donna Jean Gwin on December 28th, 1968. Together they shared 50 happy years of marriage and raising their family. Don provided for his family by working in sales and as a Residential Real Estate Agent for many years. When Don wasn’t working, he enjoyed many hobbies such as golfing with his brothers, taking out his motorhome and spending time with his friends, however nothing was more important to him than his family. Don was a longtime member of South Lindsay Baptist Church where he enjoyed spending time with his Sunday school class and was always happy to be in charge of bringing the donuts. He was an active member in the Rollin’ Okies Motorhome club for 15 years; he really enjoyed traveling with his wife and friends. Don was a kind, loving and devoted man who was known for his friendly personality. He will be fondly remembered by his family and deeply missed each day.

To send flowers to the family or plant a tree in memory of Donald Ray "Don" Glasgow (Glasgow), please visit our Heartfelt Sympathies Store.

Tubby and Karri Duncan and Deana Williams have sent flowers to the family of Donald Ray "Don" Glasgow (Glasgow).
Show you care by sending flowers

Posted May 28, 2020 at 04:06am
Call my number its 1-859-481-6115 if u want to talk don my dad I look just like him done ancestry DNA it shows my dads side my mommas look at my profile I got long hair I can show when young short I got my Daffy's eyes my mommas green everyone knew don't my daddy a long time sorry I didn't do nuthin but want him be my daddy

Posted May 28, 2020 at 03:47am
I dnt want nuthin from family but my real family why u believe me when I called I want just me my real family ,etc I cryed soo many yrs without my father I'm sure u had one omg I was sooo lost without my dad I'm been soo omg without my daddy
Comment Share
Share via:
S

Posted May 28, 2020 at 03:24am
Take me to court im ready got dna believe wat u want Glasgows wife such a great man I heard his brothers new 2 u want to dig this man up no promblem I look like him soo sad look on my Facebook Shelly key look at my eye brows hair 2 I done did a dna I knew he my dad yrs ago he knew it 2 he lied to ur family sooo sorry we never wanted nuthin from ur family wanted him meet his real grand children sooo bad all I wanted had land,boat,jetskiees,horses,cattle,4-whelers,moped,etc my daughter nurse,son self employed thanks believing in him I got dna thanks believe wat he said love my family alwaysss all I wanted
Comment Share
Share via:
S

Posted May 28, 2020 at 03:08am
How can he forgot his own dna daughter I told him and wife thanks for not letting me no my grandparents ,cousins,etc I done a dna he done me dirty thanks I'm glad u believe wat he said

I was born 2- 18 -68 before u and don married u want to c my birth certificate my mom ask him want u see me when I was born he,said no he had a bar with go go dancers a security took her home thanks no count father 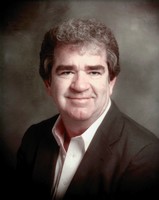