To share your memory on the wall of Katherine "Lucille" Greenlee, sign in using one of the following options:

Provide comfort for the family of Katherine "Lucille" Greenlee with a meaningful gesture of sympathy.

To send flowers to the family or plant a tree in memory of Katherine "Lucille" Greenlee, please visit our Heartfelt Sympathies Store.

We encourage you to share your most beloved memories of Katherine "Lucille" Greenlee here, so that the family and other loved ones can always see it. You can upload cherished photographs, or share your favorite stories, and can even comment on those shared by others.

Posted Dec 24, 2018 at 05:03pm
I am so sorry for the family’s loss. Death is one of the hardest trials to cope with. May you find comfort however, from the future promise recorded in Revelation 21:4 which says “he [God] will wipe out every tear from their eyes and death will be no more.” We have assurance from God’s word the Bible and we can be certain he will fulfill his words.
Comment Share
Share via:
C

Posted Dec 16, 2018 at 02:33pm
My sincere sympathies for the loss of your dear loved one. Precious memories are yours to keep. Stay close to friends and family for support and draw strength from prayer during this time - Acts 17:27.
Comment Share
Share via:
MR

Posted Dec 08, 2018 at 11:18am
My deepest sympathy, thoughts and prayers go out to you and your family of the loss of your love one. May the wonderful memories bring you comfort, comfort you in this difficult time. 2 Corinthians 1:2.
Comment Share
Share via: 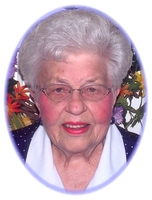