To share your memory on the wall of Jerry Teters, sign in using one of the following options:

Provide comfort for the family of Jerry Teters with a meaningful gesture of sympathy.

He was preceded in death by his:
Father, Jerry R. Teters.

To send flowers to the family or plant a tree in memory of Jerry Lee Teters, please visit our Heartfelt Sympathies Store.

Marc Teters and family sent flowers to the family of Jerry Lee Teters.
Show you care by sending flowers

Posted Dec 24, 2018 at 05:06pm
I am so sorry for the family’s loss. Death is truly an enemy. May you find comfort from the future promise recorded in 1 Corinthians 15:26 which says “the last enemy, death, is to be brought to nothing.” This is a promise from God’s word the Bible and we can be certain he will fulfill his words.
Comment Share
Share via:
C

Posted Dec 16, 2018 at 03:15pm
Although all consciousness ends when we pass away, our Maker, who is even aware of each sparrow that dies, lovingly remembers us. Your dear loved one is in his limitless memory. He promises to bring him and others in his memory back to life here on earth. Find comfort in his promise. What a glorious day that will be!" - John 5:28,29.
Comment Share
Share via:
C

Posted Dec 06, 2018 at 08:06pm
I was so sorry to hear of Jerry’s passing. I pray that robin sally Leanne and the entire family find comfort and strength in your faith to deal with your grief. You are all in my prayers and thoughts.
Comment Share
Share via:
TR

Posted Dec 06, 2018 at 05:39pm
I’m still in shock that you are really gone. You will forever be missed and will always remain in my heart. You were so humble about the impact that you had on those around you. I know you were watching over everyone at your service and thinking “Wow, all of these people are here for me.” You were loved by many. Praying for comfort during this time. I will see you again my dear friend.
Comment Share
Share via:
S 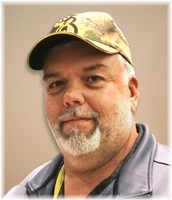 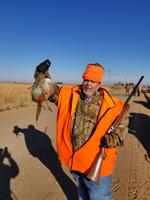 Jerry Talked for weeks about what a great time he had pheasant hunting
2
4
Add Photos
Upload up to 10 images at a time, max 8MB each