To share your memory on the wall of Douglas Durning, sign in using one of the following options:

Doug was raised on Long Island. He played baseball and s... Read More
Douglas James Durning was born July 31, 1958 on Long Island in NY, the son of George and Joan (Paulson) Durning. He completed this life on Monday, March 18, 2019 at the age of 60.

Doug was raised on Long Island. He played baseball and soccer, he made go-carts, he built model planes, he was in the Boy Scouts, he played the saxaphone in “The Jazz Band” at school and they made an album, he was inducted into the Honor Society as a freshman in HS and maintained his membership throughout high school. Oh, he also learned to fly at the age of 14. He graduated from Connetquot High School in 1976. After graduation he enlisted in the U. S. Air Force and served his country in Germany and Egypt to name a couple of postings. While in the U.S. Air Force Doug received several honors for his excellence in service, some related to excelling in his college curriculum and others relating to his exceptional performance. He received his Bachelor’s and Master’s Degrees degrees from Troy University (both obtained during his 4 years of service) with much if not all of that time being on the Dean’s List. He, naturally, he was honorably discharged from the Air Force when his term of service was completed. After his discharge chose to see what Oklahoma City had to offer him as his parents had moved to Oklahoma City while Doug was in the Air Force. He went to work for Fred Jones Manufacturing. He then served as president of several mortgage processing companies. He owned Freedom Flyers Aviation and Durning Air Craft Service and was a corporate pilot.

He was preceded in death by his mother, Joan Durning, in 2009.

Doug was survived by so many special people in his life it would be impossible to list them all, but know that if you were in Doug’s life you were special!

The family will receive friends from 6:00 until 8:00 p.m. Monday, March 25th at the Vondel Smith Mortuary North, 13125 N. MacArthur Blvd. Mass of Christian Burial will be 11:00 A.M. Tuesday at Epiphany of the Lord Catholic Church, 7336 W. Britton Road. Interment with military honors will follow in Resurrection Cemetery.

For those who desire, memorials may be made to Patriots Honor (info@patriotshonor.org) or The AOPA Foundation (https://foundation.aopa.org)
Read Less

To send flowers to the family or plant a tree in memory of Douglas James Durning, please visit our Heartfelt Sympathies Store.

Receive notifications about information and event scheduling for Douglas

We encourage you to share your most beloved memories of Douglas here, so that the family and other loved ones can always see it. You can upload cherished photographs, or share your favorite stories, and can even comment on those shared by others.

Ron, Brooke and Raquel Houk, The Green-Patterson families, and other have sent flowers to the family of Douglas James Durning.
Show you care by sending flowers

Posted Mar 25, 2019 at 03:38pm
With love and heartfelt sympathy during this sad and difficult time. May your hearts have peace in knowing that Doug is forever flying high.

Posted Mar 23, 2019 at 09:35pm
We are thinking of you during this difficult time. You have our deepest sympathy for your loss.

The Green-Patterson families purchased flowers for the family of Douglas Durning. Send Flowers

Posted Mar 22, 2019 at 10:04pm
Wishing you peace to bring comfort, courage to face the days ahead and loving memories to forever hold in your hearts. Love the Patriots Honor Family

Posted Mar 22, 2019 at 05:33pm
Wishing all of you peace and comfort during this time of mourning. Doug will be forever be in my heart. Sending my prayers and love. Your Aunt Linda 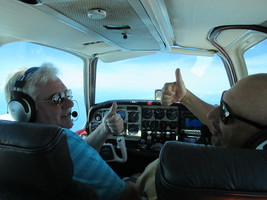 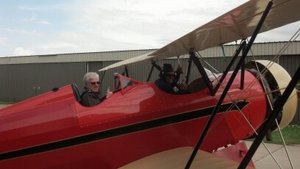 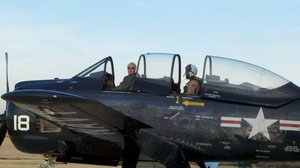