To share your memory on the wall of Lenora Wiechert, sign in using one of the following options:

Provide comfort for the family of Lenora Wiechert with a meaningful gesture of sympathy.

Print
Services will be 2:00pm Sunday, June 2, 2019 at the South Colonial Chapel, with viewing one hour prior to the service. Burial will follow at Resthaven Memory Gardens.

Lenora Faye Wiechert, 89, passed away on Wednesday, May 29, 2019. Read More
Services will be 2:00pm Sunday, June 2, 2019 at the South Colonial Chapel, with viewing one hour prior to the service. Burial will follow at Resthaven Memory Gardens.

Lenora Faye Wiechert, 89, passed away on Wednesday, May 29, 2019.
Lenora and her twin sister, Lavonda Maye Hemmer, were born to Lorena and Frank Mikes on Oct. 23, 1929 in Oklahoma City, Oklahoma. She was a 1947 graduate of Capitol Hill High School and attended a few semesters at Oklahoma City Community College.
She had vivid memories of the Great Depression, the Dust Bowl days and World War II. In her younger years, she enjoyed water skiing, camping, bowling, crafts, gardening and interior decorating.
Lenora began working as a retail clerk when she was 14-years old. When she was 17, she started working for Southwestern Bell Telephone Company where she worked 37 years before retiring. At Southwestern Bell, she eventually trained supervisors and instructors in a five-state area and later served as a personnel manager at its headquarters in St. Louis, Missouri. After her first retirement, she was employed as a personnel manager for the IRS in Oklahoma City before retiring again seven years later.
Lenora was one of the first seven members of the Southern Hills United Methodist Church in Oklahoma City. She helped sell bonds to help build the church’s first sanctuary, served as president of the church’s Women’s Society and served as organist for many years.
She was preceded in death by her parents; two brothers, Howard and Vernon Mikes; a sister, Mary Duke of Dupo, Illinois; her first husband, Clyde Carpenter of Oklahoma City, and her second husband, Henry Wiechert of Dupo, Illinois; and a beloved granddaughter, Jenny Hendricks of Huntsville, Alabama.
She is survived by her sister, Lavonda Hemmer of Oklahoma City; two children, Nancy Haragan and husband Mike Haragan of Rockwall, Texas, and Rick Carpenter of Altus, Oklahoma; two grandsons, David Haragan of Rockwall, Texas, and Bryan Haragan and husband Eric Thomas of Chicago, Illinois.
Read Less

To send flowers to the family or plant a tree in memory of Lenora Faye Wiechert (Mikes), please visit our Heartfelt Sympathies Store.

Receive notifications about information and event scheduling for Lenora

We encourage you to share your most beloved memories of Lenora here, so that the family and other loved ones can always see it. You can upload cherished photographs, or share your favorite stories, and can even comment on those shared by others.

Larry, Sherry and the Graystone Family and Clyde and Meleena have sent flowers to the family of Lenora Faye Wiechert (Mikes).
Show you care by sending flowers

Larry, Sherry and the Graystone Family

Larry, Sherry and the Graystone Family purchased flowers for the family of Lenora Wiechert. Send Flowers

Clyde and Meleena purchased flowers for the family of Lenora Wiechert. Send Flowers

Posted May 31, 2019 at 11:10pm
I am so sorry for the family’s loss. Death is one of the hardest trials to cope with. May you find comfort from the future promise recorded in Revelation 21:4 which says “he [God] will wipe out every tear from their eyes and death will be no more.” We can be certain God will fulfill the words from his word the Bible.
Comment Share
Share via:
O

Posted May 30, 2019 at 11:14pm
Sincere condolences to the family. May Jesus' beautiful resurrection promise given at John 6:40 be a source of hope and encouragement for you at this very difficult time. Until this wonderful hope is realized, may the God of all comfort give you peace.
Comment Share
Share via: 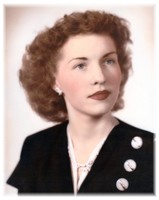 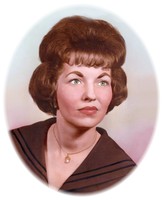 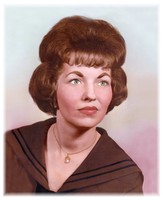