To share your memory on the wall of Pauline Clark, sign in using one of the following options:

Provide comfort for the family of Pauline Clark with a meaningful gesture of sympathy.

Print
Funeral services will be held at 10:00 AM, Saturday at Trinity Church of the Nazarene, OKC with interment to follow at Rose Hill Burial Park.

Freda Pauline Clark, 90, went to be with the Lord on Saturday, June 8, 2019. She was born in... Read More
Funeral services will be held at 10:00 AM, Saturday at Trinity Church of the Nazarene, OKC with interment to follow at Rose Hill Burial Park.

Freda Pauline Clark, 90, went to be with the Lord on Saturday, June 8, 2019. She was born in Drumright, OK to Hugh & Altha Woodcock. She moved to Oklahoma City in 1947. In October 2016, Pauline moved to Cary, NC to be near her daughter Pam. Pauline was a member of Trinity Church of the Nazarene, which she thought of as her second family. She had worked at CIT, transitioned to a homemaker & later a caretaker of children. She was loved by many.

To send flowers to the family or plant a tree in memory of Pauline Clark, please visit our Heartfelt Sympathies Store.

Receive notifications about information and event scheduling for Pauline Clark

We encourage you to share your most beloved memories of Pauline Clark here, so that the family and other loved ones can always see it. You can upload cherished photographs, or share your favorite stories, and can even comment on those shared by others.

Posted Jun 15, 2019 at 09:38am
I am so sorry for the family’s loss. Death is one of the hardest trials to cope with. May you find comfort from the future promise recorded in Revelation 21:4 which says “he [God] will wipe out every tear from their eyes and death will be no more.” We can be certain God will fulfill the words from his word the Bible.
Comment Share
Share via: 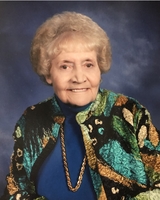