To share your memory on the wall of Deborah Rogers, sign in using one of the following options:

Provide comfort for the family of Deborah Rogers with a meaningful gesture of sympathy.

In lieu of flowers, please consider a donation to an Alzheimer or Autism Foundation of your choice.

A special thank you to Brite Star, Autumn Leaves, and Fountains at Canterbury. An extra special Thank you to Kim and Trinia (Fountains). Thank you to Vivian Tinder (sister-in-law) for all the help and support.

Deborah was preceded in death by her:
Parents.

She leaves behind her loving family:
Husband of 49 years, Michael Rogers of the home;
Son, Mike Rogers and his wife, Jennifer;
Son, Steven Rogers and his wife, Michelle;
Brother, John Carlile and his wife, Karen and their children Brendon and Jordan Rae;
Sister, Kimberly Jennings and her husband, Shivas and their son Jordan Lee;
Grandchildren: Macy Rogers, Kylie Rogers, Zachary Rogers, and Cassidy Rogers;
numerous other nieces and nephews;
Her beloved sister-in-law and brother-in-law:
As well as many numerous other family and friends.
Read Less

To send flowers to the family or plant a tree in memory of Deborah Jean Rogers (Ganus), please visit our Heartfelt Sympathies Store.

Receive notifications about information and event scheduling for Deborah

We encourage you to share your most beloved memories of Deborah here, so that the family and other loved ones can always see it. You can upload cherished photographs, or share your favorite stories, and can even comment on those shared by others.

Posted Jun 24, 2019 at 07:21pm
I am so sorry for the family’s loss. Death is one of the hardest trials to cope with. May you find comfort from the future promise recorded in Revelation 21:4 which says “he [God] will wipe out every tear from their eyes and death will be no more.” We can be certain God will fulfill the words from his word the Bible.
Comment Share
Share via:
LS

Flowers were purchased for the family of Deborah Rogers. Send Flowers 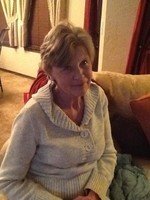 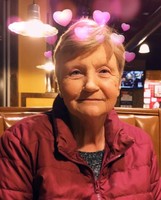 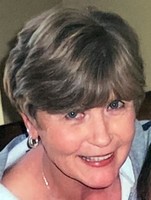