To share your memory on the wall of James "Jim" Groesbeck, sign in using one of the following options:

Provide comfort for the family of James "Jim" Groesbeck with a meaningful gesture of sympathy.

Jim was born in Oklahoma City, Oklahoma, to James Van Groesbeck and Lea (Folks) Groesbeck on June 10,1948. He attended Capitol Hill High School and graduated in 1966. Jim attained a Bachelor’s from Oklahoma State University and the University of Central Oklahoma along with a Master’s Degree in Counseling Psychology from the University of Central Oklahoma. While at Oklahoma State, Jim pitched for the Cowboys a year before switching to the javelin throw on the track team, where he lettered 3 years.

Jim’s funeral experience began in 1968 in funeral home ambulance service work. He has twenty-five years of funeral home, cemetery and cremation management and ownership in Oklahoma City. Before moving, Jim lived in Houston and Denver, while working for Service Corporation International, the world’s largest Funeral and Cemetery company. He served as a regional president and was responsible for several hundred funeral homes, cemeteries, and crematories in fourteen states and Canada.

Jim is a 32nd Degree Mason in Sand Springs Lodge Number 475, a member of the Tulsa Scottish Rite, and the Order of the Eastern Star. In addition to a membership in Rotary International for 30 years. His other community activities include the Sand Springs Chamber of Commerce, the Gideons, and the Christian Businessmen organization. Mobley-Groesbeck Funeral Service is active in the Oklahoma Funeral Director’s Association and by invitation only International Selected Independent Funeral Homes.

Jim was preceded in death by his dad James Groesbeck.

IN LIEU OF FLOWERS THE FAMILY REQUEST DONATIONS BE MADE IN JIM'S NAME TO THE UCO FOUNDATION FUNERAL SERVICE DEPARTMENT, 100 NORTH UNIVERSITY, EDMOND, OKLAHOMA, 73034.

Condolences may be sent to the family at mogro.co

To send flowers to the family or plant a tree in memory of James "Jim" Van Groesbeck, please visit our Heartfelt Sympathies Store.

Receive notifications about information and event scheduling for James "Jim"

There are no events scheduled. You can still show your support by sending flowers directly to the family, or planting a memorial tree in memory of James "Jim" Van Groesbeck.
Visit the Heartfelt Sympathies Store

Posted Jun 26, 2019 at 10:40am
Please accept my sincere condolences. I worked for Jim for many years. Jim always had the answer for every situation and understood the ins and outs of the funeral business better than any other Funeral Director I know.
Comment Share
Share via:

Flowers were purchased for the family of James "Jim" Groesbeck. Send Flowers

Posted Jun 24, 2019 at 07:18pm
I am so sorry for the family’s loss. Death is truly a devastating trial to cope with. May you find comfort from the future promise recorded in Revelation 21:4 which says “he [God] will wipe out every tear from their eyes and death will be no more.” We can be certain God will fulfill the words from his word the Bible.
Comment Share
Share via: 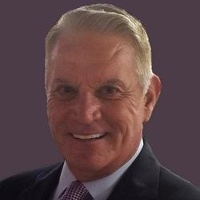