To share your memory on the wall of John Baldwin, sign in using one of the following options:

Provide comfort for the family of John Baldwin with a meaningful gesture of sympathy.

He loved and was loved by countless friends and family.

In lieu of flowers, a donation may be made in John Michael’s memory to a charity of your choice. Condolences may be sent to vlsnorth@gmail.com. The family conveys its special thanks to Rev. Tim Clausing.
Read Less

To send flowers to the family or plant a tree in memory of John Michael Baldwin, please visit our Heartfelt Sympathies Store. 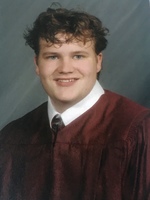