To share your memory on the wall of Ted Pope, sign in using one of the following options:

Teddy E. Pope, “Nonde”, passed away peacefully in his sleep at his home in Moore, Oklahoma on August 14, 2019 at the age of 79.
He was preceded in death by his parents, Jefferson Borum Pope and Nellie Mae Pope; his brother, Donald Ray Pope; his sister, Leta Fern Crockett; and his first wife, George Lee Pope.
Ted is survived by his wife, Debbie of 15 years. He is also survived by his son, Artie and wife Jeannie; his two granddaughters whom he and George raised, Misty Kohlmeier and her husband Lucas; and Jessica Crain. He also lovingly helped raise Debbie’s children Mike Koch and his wife Jessica, Tom Koch and his wife Heather, and Ryan Koch and his wife Chelsea.
Nonde is lovingly remembered by his grandchildren, Dustin and his wife Skyla Pope, Ryker, Brecken, Kennedy, and Kylee Koch. He also leaves behind 7 great-grandchildren: Ava, Scarlett, Jaxton, Jacie, Teddy, Kaedence and Jesse. He is also survived by brother, Johnny and his wife Dannie of Lubbock as well as many nephews and nieces.
Ted was born in Lubbock, Texas on December 21, 1939. He graduated from Lubbock High School in 1958 where he enjoyed playing short stop for the Westerners baseball team. From a young age, his father raised him to be a skilled Carpenter, which was one of his many enjoyments in life. After high school, he married George and they moved to Oklahoma where he joined the Carpenter’s Union. Ted was a self-made business man, eventually turning his love and skill of carpentry into a profitable construction company with Jim Wilson, which they named Pope and Wilson. In 1981 he and George ventured out on their own to form Pope Contracting, which he poured his life into. After 38 years that company is still going strong due to his hard work and the devotion of several long-time employees and family members.
After George passed, he married Debbie in 2004 whom he has shared many wonderful memories with, enjoying hobbies such as betting the horse races, riding his Harley, taking many “road trips” together, and spending quality time with their many grandchildren and great-grandchildren.
Ted was a very charismatic, kind, and witty person, some might even consider him ornery at times (and by “some”, we mean “most”). Those closest to him will fondly remember his many “Nondeisms” such as “You better do right or the do-gooders will get ya” and “I’ve been here twice... my first and my last time”. The list could go on and on but many of them aren’t appropriate for all audiences. Ted left an unforgettable impression on anyone who was lucky enough to know him, and he will be missed tremendously by not only his family and friends but also many clients and colleagues.
The family would like to thank Dr. Douglas Horstmanshof (Dr. Doug), Candace Becker, APRN-CNS, the other doctors, Heather and the other nurses, and the rest of the staff at Integris Advanced Cardiac Care, Dr. Amil (his long-time cardiologist and friend), and his home health care nurses, Tonya and Melody, at Aspire Home Health for providing such great care to him over the years.
Read Less

To send flowers to the family or plant a tree in memory of Ted Pope, please visit our Heartfelt Sympathies Store.

Receive notifications about information and event scheduling for Ted Pope

We encourage you to share your most beloved memories of Ted Pope here, so that the family and other loved ones can always see it. You can upload cherished photographs, or share your favorite stories, and can even comment on those shared by others.

The Avery's. Jon, Misty, Teegan, & Kolbee., Jeudi & Keith, and other have sent flowers to the family of Ted Pope.
Show you care by sending flowers

Posted Aug 20, 2019 at 09:46am
Sending prayers for comfort and happy memories of this awesome man. Thank you for letting me be a part of your lives.

Thank you Candace. He thought the world of you and our whole family is so incredibly thankful for how much yall genuinely cared for him. We wouldn't have had him as long as we did without the dedication and care all of your provided.
HS

Flowers were purchased for the family of Ted Pope. Send Flowers

Posted Aug 19, 2019 at 09:47am
Please accept our most heartfelt sympathies for your loss... Our thoughts are with you and your family during this difficult time.

Flowers were purchased for the family of Ted Pope. Send Flowers

Posted Aug 19, 2019 at 08:47am
Gene and Ruthann Houseman send our deepest sympathies to the Pope family. Ted was always so kind to Gene. Prayers for peace to all.
Comment Share
Share via: 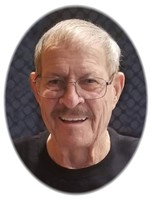 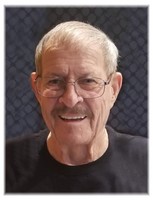