To share your memory on the wall of Lois Hatter, sign in using one of the following options:


Lois May (Butler) Hatter was born April 8, 1920 in a log cabin built by her grandfather, John Morgan Butler, above the Maumee Landing along the Buffalo River near Maumee, Searcy County, Arkansas. Her parents were James Knox Butler and Frances Josephine (Morrison) Butler. She passed to be with her LORD Wednesday, August 14, 2019 in Oklahoma City, Cleveland County, Oklahoma.


Her family moved to Oklahoma in 1921. She lived some ten or so places in Western Oklahoma growing up. She was married to Glenn Alden Hatter on Saturday, February 15, 1941 at the home of a local Methodist minister in Arapaho, Oklahoma, when they found out the Justice of the Peace was closed, and their tire was going flat. To this union were born: Gayle Dean Hatter; Lorene Ellen (Hatter) Cox; Glenna Marie (Hatter) Darr, and; Glenn Alden Hatter Jr.

She was a long time member of the Capitol Hill Church of Christ, then the Moore Church of Christ. She loved to read and make notes in her Bible. Lois May Butler was a member of the class of 1940 at Thomas High School, shortly before marrying her former neighbor, from the short time her family lived near Fay, Oklahoma. Lois and her family spent a lot of time in the Thomas, Oklahoma area visiting her parents, In-laws and the family of her brother, John “Harley” Butler. She always looked forward to receiving her copy of the Thomas Tribune, which her loving nieces provided for her. Her grandson, Thomas Cox lived with her for a time. He had a black lab named Li’l Girl, who not only thought, she knew, she was family. (Grandma didn’t have dogs in the house… but I guess grand-dogs don’t count.) Tom came home from work to find Grandma had made a special cherry pie for Li’l Girl.

Most of her professional life was that of Christian, housewife, Mother, Grandmother; Great Grandmother and Great Great Grandmother. She simultaneously worked as a school bus driver, as well as what is now a Certified Nurse Aide and as a Private Duty Health Aide, working in both nursing homes and private homes working with patients. She cared for several early leaders in Oklahoma City business and real estate. Her hobbies included singing and cooking; singing and sewing; singing and crocheting; singing and gardening, and sometimes just singing. She enjoyed making pancakes for her grandchildren in their favorites shapes with their favorite decorations. She supported local startup entrepreneurs, especially Mr. William H. Braum and his little ice cream stores. She was really fond of the kind of ice cream she had in her bowl. Incidentally, Scott Smith, of Vondel Smith & Son, fondly remembers the afternoon treats of chocolate ice cream with potato chips, when he came home from school. Her grandchildren cherish the wisdom she impacted to them, "There's always room for ice cream. It just melts down and fills in the cracks of the other food."

When she discovered a game called, Phase 10, who knows where she found an entire case of Phase 10 cards. If anyone didn’t know about the game, they would leave her house with at least one game under their belts and a deck of cards in their pocket or purse. Her family also knows her kindness showed, as she would play the "Skip" cards on herself.

Although she would not be defined as a big fan of poetry, she had a particular love for a single writing of Alfred Joyce Kilmer (1886-1918) a young American poet who suffered a tragic death in World War I at the age of 31. In high school, she learned the one and only poem, outside of the book of Psalms, that she ever committed to memory and quoted often. It was her wish that it be included in the programs at the service.

TREES written February 2, 1913
I think that I shall never see
A poem lovely as a tree.
A tree whose hungry mouth is prest
Against the earth's sweet flowing breast;
A tree that looks at God all day,
And lifts her leafy arms to pray;
A tree that may in Summer wear
A nest of robins in her hair;
Upon whose bosom snow has lain;
Who intimately lives with rain.
Poems are made by fools like me,
But only God can make a tree.

Lois will also be remembered for rallying support for schools, her local community, and issues of conscience. Her time on this earth showed tremendous changes. Her first trip was in an oxen drawn wagon, Model T’s; Model A’s; Wheat Trucks; Buick’s; pickup trucks with campers; camping tents; motel rooms and jet planes. Ice boxes made way for ice chests, refrigerators, and freezers. Pot bellied stoves made way for wood cook stoves, propane stoves, natural gas stoves, microwave ovens and even more modern conveniences in the kitchen. Straw brooms now replaced with automatic robo vacuuming. But, one thing that has not changed, is God’s will that we follow His Word and serve Him. “In the beginning was the Word, and the Word was with God, and the Word was God.” John 1:1.

She is survived by one daughter, Lorene Ellen (Hatter) Cox; one son, Glenn Alden Hatter Jr.; her children by marriage: Patsy Viola Williams Hatter; Loye Gene Cox; Roger Floyd Darr, and; Letty Ng Chai Yu Hatter. She also leaves behind twelve (12) Grandchildren; thirty (30) Great Grandchildren; eighteen (18) Great Great Grandchildren; and a host of brothers and sisters-in Christ; relatives; friends, and neighbors. It should be noted that, without question (insert your name here) was her “favorite”.

Special thanks to those from Meadowlake Estates and Russell Murray Hospice, who provided loving care to her during her final days. In lieu of flowers or contributions, the Hatter family requests family and friends to visit your local nursing home, in honor of Lois.
Read Less

To send flowers to the family or plant a tree in memory of Lois May Hatter (Butler), please visit our Heartfelt Sympathies Store.

Receive notifications about information and event scheduling for Lois

We encourage you to share your most beloved memories of Lois here, so that the family and other loved ones can always see it. You can upload cherished photographs, or share your favorite stories, and can even comment on those shared by others.

Sherri and Randy Brashears., Darla Griffin Watters, and other have sent flowers to the family of Lois May Hatter (Butler).
Show you care by sending flowers

Posted Aug 20, 2019 at 11:48am
Was thankful lois & family was of the congregation in Quincy, IL when I lived there in my youth. Eli Ward
Comment Share
Share via:
SB

Posted Aug 17, 2019 at 10:06pm
Lorene and Glenn, with love and so many wonderful memories of stories told by your mother at the family reunions over the years. She will be missed.

The Scifres and Tucker Families

The Scifres and Tucker Families purchased flowers for the family of Lois Hatter. Send Flowers 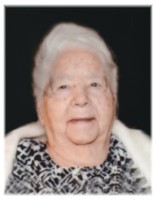