To share your memory on the wall of Thomas Webb, sign in using one of the following options:

Print
Thomas “Tom” Ray Webb was born February 15, 1932 in Norman, OK the son of Robert Paul and Aline Rae (Drake) Webb. He completed this life on Wednesday, August 14, 2019 at his home in Oklahoma City.

Tom graduated from Capitol Hill high school in Oklahoma City in 1950 and went on to earn a Bachelor’s degree in 1954 from Oklahoma City University. He joined his father-in-law, Elwyn H. Boese, in his insurance agency. He stayed in the insurance business for 64 years with the agency eventually becoming Webb, Young and Webb, Inc..

Tom and Ruth Ellyn Boese met each other at church when they were 12 years old. They were married on Thanksgiving weekend, November 23, 1951. They have made their home in Oklahoma City where they raised their three children. Tom and Ruth were charter members of Crossings Community Church where they were very active for 60 years. Tom was serving as a Life Elder.

A memorial service will be held at 11:00 a.m., Monday, August 19th at Crossings Community Church Sanctuary, 14600 N. Portland Ave. with a reception to follow.

To send flowers to the family or plant a tree in memory of Thomas Ray "Tom" Webb, please visit our Heartfelt Sympathies Store.

Receive notifications about information and event scheduling for Thomas

We encourage you to share your most beloved memories of Thomas here, so that the family and other loved ones can always see it. You can upload cherished photographs, or share your favorite stories, and can even comment on those shared by others.

The Bearants (Ted, Stacey, Cabot, Deborah and the and Jack Hinton sent flowers to the family of Thomas Ray "Tom" Webb.
Show you care by sending flowers

Posted Aug 16, 2019 at 05:00pm
Please accept our most heartfelt sympathies for your lossour thoughts are with you and your family during this difficult time.

Flowers were purchased for the family of Thomas Webb. Send Flowers

Flowers were purchased for the family of Thomas Webb. Send Flowers

The Bearants (Ted, Stacey, Cabot, Deborah and the

Posted Aug 16, 2019 at 11:47am
Dear friends, we are thinking of you always and sending peaceful thoughts your way!

The Bearants (Ted, Stacey, Cabot, Deborah and the purchased the Medium Dish Garden for the family of Thomas Webb. Send Flowers

Posted Aug 15, 2019 at 12:34pm
In honor of Tom, my Christian mentor. We send our love to all of the Webb family. From Jack, Glenda, Derek and Brandon Hinton 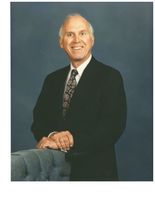