To share your memory on the wall of Eleanor Trotter, sign in using one of the following options:

Provide comfort for the family of Eleanor Trotter with a meaningful gesture of sympathy.

As well as many other loving family and friends.
Read Less

We encourage you to share your most beloved memories of Eleanor here, so that the family and other loved ones can always see it. You can upload cherished photographs, or share your favorite stories, and can even comment on those shared by others.

Ginger and Kevin Jackson, Sabrina Harris, and others have sent flowers to the family of Eleanor Faye Trotter (Bowlware).
Show you care by sending flowers

Posted Aug 21, 2019 at 07:40pm
Cynthia- We are so very sorry for your loss. May God comfort you your family during this difficult time. Love you! Ginger and Kevin.

Posted Aug 21, 2019 at 03:52pm
I'm so thankful to have been the Worship minister for several years with Eleanor, while serving at Exchange Avenue Baptist. She was so very faithful to attend Choir and Handbell rehearsals and performances. She also shared with me a mutual relative we had between her Aunt and my Great Aunt. I was privileged to have seen her within the last several weeks and get caught up with each other and to be able to express my love and appreciation to her. I look forward to a great reunion with the Lord.
Comment Share
Share via:
FS

Posted Aug 21, 2019 at 10:34am
We pray the love of God enfolds you during your journey through grief. Aunt Eleanor will remain in our hearts forever.

With our love, Kay, Jean and families

With our love, Kay, Jean and families purchased flowers for the family of Eleanor Trotter. Send Flowers 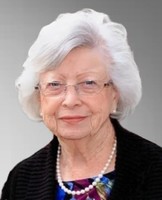