To share your memory on the wall of Reba Emerson, sign in using one of the following options:

Reba Cosette (Turner) Emerson was born September 11, 1932 in Hammon, OK the daughter of Newt and Eliza Caroline (Stanford) Turner. She completed this life on Monday, September 9, 2019 at the age of 86. She was at peace and surrounded by her family.

Cosette was born in the home where she was raised in Hammon, OK. She graduated from Hammon High School in 1950. She was honored to be nominated and attended Girls State leadership conference in Chickasha.

She married Ace Chester Emerson on February 27, 1953. They made their home and raised their four children in Meeker and later Oklahoma City. She worked as a secretary for Tinker Air Force Base. After her retirement, she went to work for the Elks Lodge in Shawnee. She most recently was a member of the Deer Creek church of Christ and also had been a member around 40 years at the Wellston church of Christ. She had also attended Meeker, East Side and the Hammon churches of Christ. She faithfully attended church three times a week with four kids in-tow! She also loved her grandkids and spending time attending their many sporting events, school plays, birthdays and life in general. She was their Nana.

She is survived by her husband of 66 years, Ace; her sons, Mark Leon Emerson and his wife Cindi of Choctaw, OK and Jon Emerson and his wife Maria of Glen Ellyn, IL; her daughters, Ava Emerson of OKC and Reba Creech and her husband Perry of Yukon; her sister, Mrs. Jean Ozenberger of Bella Vista, AR; her Grandchildren, Lara Nickel of Brooklyn, NY, Kate Nickel and Candice Duncan and her husband Tyler of OKC. She was preceded in death by her parents; her grandson, Kyle Stanton Nickel; her siblings, Hetiwa Thomas, Inez Gilson, Dale Turner, Durward Turner, Wayne Turner. She was so deeply loved by ALL of her siblings and they thought she hung the moon. Her children benefited from this love of her family, also.

Cosette played guard for the Hammon Lady Warriors and was a very proud graduate of Hammon High School. She truly loved her hometown of Hammon and also loved her golfing buddies at the Shawnee Elks. She and Dad took several memorable golfing trips with Betty and Dale Wesner, Cliff and Betty Cox and Bob and LaVerne Emerson.

Cosette’s life priorities were her family and the Church. She was a devoted Wife, Mother & Nana.

The “little girl from Hammon” is loving her new life with family that has gone before and we rejoice with her!

Funeral services will be 11:00 a.m. Friday, September 13 at the Vondel L. Smith Mortuary North Chapel, 13125 N. MacArthur Blvd with interment at 2:00 p.m. in the Rossville Cemetery.

She was a dandy!

Special thanks to Hospice and her in-home care givers.


Memorials may be made to the Oklahoma Medical Research Foundation for Alzheimer’s Research, 825 NE 13th, Oklahoma City, OK 73104.
Read Less

To send flowers to the family or plant a tree in memory of Reba Cosette Emerson (Turner), please visit our Heartfelt Sympathies Store.

Receive notifications about information and event scheduling for Reba

We encourage you to share your most beloved memories of Reba here, so that the family and other loved ones can always see it. You can upload cherished photographs, or share your favorite stories, and can even comment on those shared by others.

Harry, Natasha Adler & Linda Hedger, and other have sent flowers to the family of Reba Cosette Emerson (Turner).
Show you care by sending flowers

Posted Sep 13, 2019 at 09:37am
So sorry to hear of this. Love this woman and the whole family. Think of all the great times we all had all of those years ago. Hugs, kisses, and prayers for all. Wish I could be there with you all today.

Posted Sep 13, 2019 at 08:26am
We want to offer our sincere condolences to the family of this dear lady. We will always cherish the memory of her sweet smile!! Her relationship with her daughter, Ava, was something we all admired at the Deer Creek Church of Christ. Our prayer is that the memories you have of Ms. Cossette will help you to get through these difficult days ahead and that they will bring you peace and comfort. God bless each of you.
Mary and Jerry Eskridge
Comment Share
Share via:
H

Posted Sep 11, 2019 at 10:57pm
Dear Jon, Maria & Family - Our thoughts and prayers are with you for the passing of the amazing Cossette. Our deepest sympathies & condolences.

Posted Sep 11, 2019 at 01:51pm
Emerson Family, You are in our thoughts and prayers during this trying time.

Flowers were purchased for the family of Reba Emerson. Send Flowers 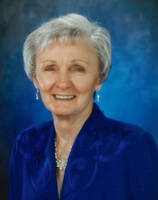