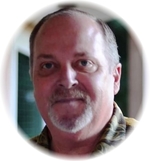 Michael LeRoy Lillywhite, 64, of Oklahoma City passed away on September 12, 2019. He was born on July 31, 1955 in Corona, California to Verl and Geri (Anderson) Lillywhite. Michael enjoyed spending time with his family and friends. He is preceded in death by his father. He leaves cherished memories with his wife, Vicki; four children: Michael Lillywhite and wife Christina, Erin Lillywhite, Jonathan Scott and wife Rebecca & Justin Scott and wife Laci; one grandchild, Rhett Scott; three brothers, Jim, Jeff and Steven Lillywhite; and numerous other family and friends. He will be missed by all who knew him.

Visitation will be 4-8 PM Thurs. at the funeral home.
Graveside Services to celebrate his life will be 10:00 AM at Fairview Cemetery in Tuttle, Oklahoma.