To share your memory on the wall of John Connor, sign in using one of the following options:

Art was a founding member of “Act Up “in 1989, and
instrumental in the establishment of the Human
Rights Ordinance Project, that became the Human
Rights Project. Although the passion in the
community’s hearts for legal rights was urgent, the
ordinance was not passed until June 3, 1993. Art was
there among the 100+ observers, just as he was
there throughout the process.

Owen McKedy, great-niece Emilia (Emmy) McKedy
all of Grover, MO. A celebration of Art’s life will be
held on September 29, 2019, at 2:00pm in the East
Room of the canopy, at the OKC Zoo.
Read Less

To send flowers to the family or plant a tree in memory of John Patrick "Art" Connor, please visit our Heartfelt Sympathies Store.

Posted Mar 22, 2020 at 04:51pm
John & I met back in 1982. We fell in love,then moved back to Kansas City together, went to work for ATT. We lived in an amazing condo in midtown Kansas City . I pursued my creative career, while he stayed at ATT. We had a great time together, visiting his parents ranch in Oklahoma. We went our separate ways 7 years later, but remained friends. Shortly before his passing, we became aquainted again , cause it turned out that we ended up living just around the corner from one another, in Blue Stem , housing addititon. How ironic is that? Im so sad to hear of his passing, while i was away touring with my band & showing my art. All my love ,blessing & prayers to his family & friends
Comment Share
Share via:
DM

Posted Sep 20, 2019 at 12:57pm
John was so easy to love, because he gave so much love-to animals, friends and family. Always kind and compassionate. A true life long friend who would have laid down on railroad tracks for me. He had a one of a kind laugh that always made me happy . I am truly blessed with many fond memories from our horse days in Piedmont and on through the years. He always gave me great gifts, the best was his friendship. I love you, John. Will remember you always.
Donna Close Murray
Comment Share
Share via: 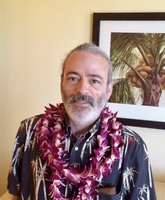