To share your memory on the wall of Marlene Ladd, sign in using one of the following options:

Marlene was fun-loving and active as a child and young adult. She loved to play baseball, go on fishing trips with her dad and enjoyed spending time with her many friends. She attended and graduated from Capitol Hill High school, a proud Redskin, in 1954. As a sophomore, she met the love of her life, Don Ladd. After Marlene graduated high school and Don finished his first semester at OU, they were married on January 26, 1955 at Capitol Hill Christian Church, where they remained active members for many years.

Marlene continued her education by completing a business course at Draughn’s Business College. She then joined the financial management division at Tinker AFB in order to support the couple while Don completed his studies at OU. Daughter Linda was born just before Don graduated from OU and he began his career. The couple decided together that Marlene would stop working and stay at home with Linda. Four years later they were blessed with another daughter, Terri. Marlene continued to care for the girls from infancy through high school. After building and moving to their current home in 1970, Marlene began a part time job as secretary for the Southwest Homebuilders Association. Through that job, she developed an interest in the real estate business and became a Realtor in 1977. She enjoyed a long and successful career, finding and selling homes for hundreds of happy clients. Several years later, Don would join her in the real estate business and they would work together until their retirement in 2016.

Don and Marlene traveled often, bowled in a league with their good friends the Hahns, enjoyed dancing together and attending the Oklahoma City Philharmonic, and most of all, loved spending time with their family and friends. Marlene was an extraordinary wife, mother and grandmother and she adored her four grandchildren Katie, Frankie, Mason & Zac.

She will always be remembered as a beautiful, vivacious, people-loving lady who will be deeply missed by all those whose lives she touched.

The family would like to thank the management, staff and nurses at Legend at Rivendell Memory Care for their care and service to Marlene over the past year. Also, many thanks to all of the nurses and support staff at Humanity Hospice that have provided extraordinary care and compassion to Marlene and her family over the past several months.

To send flowers to the family or plant a tree in memory of Marlene L. Ladd (Gates), please visit our Heartfelt Sympathies Store.

Receive notifications about information and event scheduling for Marlene

We encourage you to share your most beloved memories of Marlene here, so that the family and other loved ones can always see it. You can upload cherished photographs, or share your favorite stories, and can even comment on those shared by others.

The Brooks Family, Your Talem Girls, and others have sent flowers to the family of Marlene L. Ladd (Gates).
Show you care by sending flowers

Posted Oct 23, 2019 at 11:09am
Don, Linda and Terri -
My sincere condolences. I have fond memories of our time together during all the years of Piano lessons with Mrs. Johnson. Your mother was a beautiful lady. Prayers for your peace.
Teena Ball Hollingshead
Comment Share
Share via:
HS

Posted Oct 23, 2019 at 09:36am
Our thoughts and prayers are with you and your family. Love, The Gray family, Cathy, Steve, Cody and Kelsey

Flowers were purchased and a memorial tree planted for the family of Marlene Ladd. Send Flowers

Posted Oct 22, 2019 at 09:12pm
Don, Linda, and Terri,
I will always remember Marlene with great fondness! I remember, as a junior high girl, attending Marlene and Don's wedding and thinking how beautiful she was and what a cute couple they were!!! The two of you were very special to my mother and she thought highly of you . I know how much she enjoyed your friendship and your visits with her. My thoughts and prayers are with you. Nancy Belll
Krodel
Comment Share
Share via:
LA

Posted Oct 22, 2019 at 02:50pm
I was so sorry to hear about the loss of cousin Marlene. I recall at an Abernathy family get-together that the subject of chocolate came up. Upon further discussion, I think we both declared we were "chocoholics". I know she will be very much missed in not only your immediate family , but also the whole Abernathy family. Larry Abernathy
Comment Share
Share via:
TF

Posted Oct 22, 2019 at 02:02pm
With fondest memories, deepest appreciation, and love for all you have done for Bernie and Lillian

The Brooks Family purchased flowers for the family of Marlene Ladd. Send Flowers 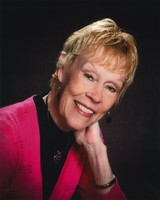