To share your memory on the wall of Donald Roark, sign in using one of the following options:

To send flowers to the family or plant a tree in memory of Donald Lee Roark, please visit our Heartfelt Sympathies Store.

Joy Osborne, Alex Avila and Family, and others have sent flowers to the family of Donald Lee Roark.
Show you care by sending flowers

Posted Dec 04, 2019 at 05:02pm
Shannon and family, so very sorry to hear of Don's passing. Such a giving, uplifting person! He cherished his family most of all. Hope his last days were spent the ones he loved and his horses. God Bless you all. Many fond memories will always remain for me and my family, Amy and Christopher Jella. May God Bless you all. Joyce Jella-Hayes
Comment Share
Share via:
JO

Posted Oct 23, 2019 at 04:59pm
With loving memories of "Donald Roark", our thoughts and prayers are with your family in this time of grieving. You have our condolences.

Alex Avila and Family purchased the Peaceful White Lilies Basket and planted a memorial tree for the family of Donald Roark. Send Flowers

Posted Oct 23, 2019 at 04:12pm
WE WILL ALWAYS REMEMBER YOU UNCLE DONNIE. WITH LOVE FROM PUERTO RICO. NELLIE, DOMINICK, DONALD, RICKY, CAMILLE, AND EDDIE. 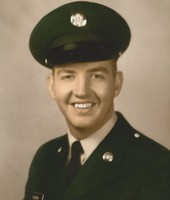