To share your memory on the wall of Marc Gillette, sign in using one of the following options:

To send flowers to the family or plant a tree in memory of Marc Kevin Gillette, please visit our Heartfelt Sympathies Store.

Receive notifications about information and event scheduling for Marc

We encourage you to share your most beloved memories of Marc here, so that the family and other loved ones can always see it. You can upload cherished photographs, or share your favorite stories, and can even comment on those shared by others.

Craig Holt, The Clarks, Trent, Caleb, Nathan and Marigrace, and other have sent flowers to the family of Marc Kevin Gillette.
Show you care by sending flowers

Posted Nov 01, 2019 at 01:03pm
Mark was always a great friend even though we lost touch over the family years. We have all lost someone special and I know I am better for having to listen to him rail on about the Sooners. Lol. Sending prayers and love to the family . JW Cook
Comment Share
Share via:
CH

Posted Nov 01, 2019 at 11:24am
I pray the love of God enfolds you during your journey through grief. My thoughts and prayers are with you today, and the days ahead.

The Clarks, Trent, Caleb, Nathan and Marigrace purchased the Medium Dish Garden for the family of Marc Gillette. Send Flowers 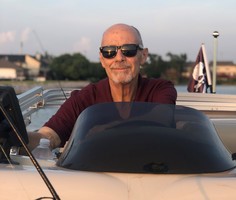