To share your memory on the wall of Dorothy Mallo, sign in using one of the following options:

Print
Dorothy Louise (Nelson) Mallo was born May 30, 1928 in Winnsboro, Texas the daughter of Roy Elton and Myrtle (Tillery) Nelson. She completed this life on Friday, December 13, 2019 at her home in Oklahoma City at the age of 91.

Dorothy gr... Read More
Dorothy Louise (Nelson) Mallo was born May 30, 1928 in Winnsboro, Texas the daughter of Roy Elton and Myrtle (Tillery) Nelson. She completed this life on Friday, December 13, 2019 at her home in Oklahoma City at the age of 91.

Dorothy graduated from Business College in Tyler, Texas. She worked as a bookkeeper for a number of places retiring from the State of Oklahoma.

She married George Tanner Mallo on December 23, 1952. He preceded her in death after forty nine years of marriage on May 6, 2002. They lived a number of places while he served in the U.S. Army settling in Oklahoma City after his retirement. They were members of the First Baptist Church of Piedmont.

In addition to her husband and parents, she was preceded in death by her brothers, Harvey Lee Nelson and Garvin Elton Nelson.

The family will receive friends from 6:00 until 8:00 p.m., Tuesday, December 17 at the Vondel Smith Mortuary North, 13125 N. MacArthur Blvd.. Funeral service will be 1:00 p.m. Wednesday, December 18 in the Resurrection Cemetery Chapel.

To send flowers to the family or plant a tree in memory of Dorothy Louise Mallo (Nelson), please visit our Heartfelt Sympathies Store.

Receive notifications about information and event scheduling for Dorothy

We encourage you to share your most beloved memories of Dorothy here, so that the family and other loved ones can always see it. You can upload cherished photographs, or share your favorite stories, and can even comment on those shared by others.

Michael and Becca and Robert and Angela Palesano sent flowers to the family of Dorothy Louise Mallo (Nelson).
Show you care by sending flowers

Guaranteed hand delivery by a local florist
AM

Posted Dec 16, 2019 at 11:40pm
Condolences to family and friends. Thank you for the life and friendship of Gary Mallo. It was a pleasure to have known him. I know by knowing your Son that he was one of the best part of you!
Comment Share
Share via:
MB

Posted Dec 16, 2019 at 07:40pm
I will always remember the amazing adventures we went on. Thank you for all that you did for me.

Michael and Becca purchased flowers and planted a memorial tree for the family of Dorothy Mallo. Send Flowers

Posted Dec 16, 2019 at 05:26pm
Love you Dorthy! I was honored to spend the last few years of your life with you. Memories I will forever hold dear.
Comment Share
Share via:
RP

Posted Dec 16, 2019 at 09:38am
We are very sorry for your loss. Our thoughts and prayers are with you. We will always have the memories of our funny interactions with Dorothy. 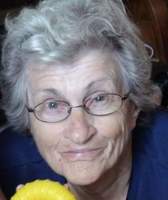 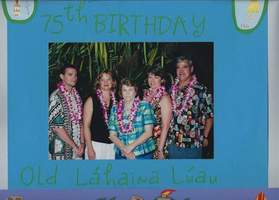