Obituary for James A. "Jim" Clanahan 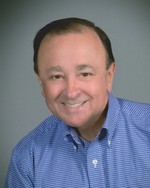 James, fondly known as Jim, 69, of Oklahoma City, OK, went to be with the Lord on Tuesday, December 24, 2019. He was born on December 8, 1950 in Oklahoma City, Oklahoma to Ernest & Edrie Clanahan. Jim was raised in Oklahoma City, and graduated from Northwest Classen HS. After graduation, he and his best friend joined the U.S. Navy where he became a hospital corpsman. Upon his return from active duty, he attended medical school at the University of Oklahoma. He worked as an X-ray Technician for Integris and Midwest City Hospital. Jim was an avid hunter, and passed his love of the outdoors along to his children. On June 15, 2011, he wed Nona, and the two enjoyed 8 wonderful years of marriage. He enjoyed feeding birds and squirrels while sitting on his back patio. There were two wild ducks that would frequent his yard to feed, and became so friendly they would sit beside his chair. Jim had an infectious smile that will be in our memories forever.