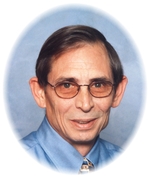 Jeff Alva Covington, 71, received his Heavenly reward on Wednesday, December 25, 2019. The son of Arlyn Montel “Hap” and Jessie Martha (Hattox) Covington, Jeff was born on August 31, 1948 in Nevada City, California. He retired as an electrician from General Motors. Jeff loved his family with all of his heart and he will be deeply missed.

He was preceded in death by his:
Parents, Hap and Jessie Covington;
Brother, Monty Covington;
Daughter-in-law, Danielle Covington.

In lieu of flowers, please make a donation to American Lung Association of Oklahoma.