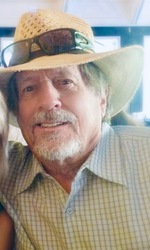 Bill was an avid hunter, outdoorsman and competitor. He took his friends and grandsons to his land in Erick, OK often on his treasured Ponderosa. While he worked to help many civic organization develop competitive baseball and softball leagues, his true passion was coaching and cheering for his family on any athletic stage. He was always the biggest fan, the loudest voice and the first to tell you about any and all accomplishments of his family. He coached most of his kids and grandkids little league baseball teams. He loved old cars and collected classic mustangs which he generously gifted each of his grandchildren for their 16th birthdays.

Condolences can be sent to: The Warren Family 13601 Inverness Ave. Oklahoma City, OK 73120