To share your memory on the wall of Guy England, sign in using one of the following options:

Print
Viewing will be 4-8PM Thursday & Friday at the funeral home.

The family requests in lieu of flowers... Read More
Viewing will be 4-8PM Thursday & Friday at the funeral home.

The family requests in lieu of flowers, please make donations to the American Cancer Society.

Beloved husband, father, grandfather, great grandfather, and friend. Guy Vernon England Sr., 87, of Moore, Oklahoma, passed away on January 29, 2020. He was born in Fort Sill, OK on October 26, 1932, to Frank and Mayfred England. He married his sweetheart, Mary on April 2, 1955, in Oklahoma City, OK. He and Mary began their family raising two sons Guy Jr., Mike, and a daughter, Angela. He was a former Marine and retired Air Force Veteran. He served in the Korean War and was part of the Chosin Few. Guy and his family were able to travel the world due to his service in the military, but eventually returned home to Oklahoma in 1973. He was an avid gun collector and one of his favorite pastimes was going to the gun range. Preceding Guy in death were his wife Mary England and parents Frank and Mayfred England. Those honored to carry on Guy’s heritage are his daughter, Angela McElhiney, sons, Guy England Jr. and Mike England and many grandchildren and great grandchildren.
Read Less

To send flowers to the family or plant a tree in memory of Guy Vernon England Sr., please visit our Heartfelt Sympathies Store.

Receive notifications about information and event scheduling for Guy

We encourage you to share your most beloved memories of Guy here, so that the family and other loved ones can always see it. You can upload cherished photographs, or share your favorite stories, and can even comment on those shared by others.

Posted Jan 30, 2020 at 04:27pm
so many years have passed, i remember the softball games at the ball park, sitting in the bleachers watching all the dads game and us kids having our own game back in the park. The days of scout functions when all the families would gather together. all were such happy times filled with great memories of camaraderie, of families getting together of lifelong friendships that never end.
Comment Share
Share via: 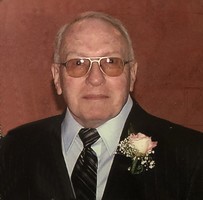 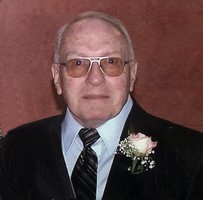