To share your memory on the wall of Jerry Shackelford, sign in using one of the following options:

Jerry made a living as an Electronic Technician and enjoyed venturing out on his Goldwing whenever he could. He had a love for golf and listening to Neil Diamond but was most proud of his grandchildren. Jerry was deeply loved by all and will be dearly missed each day.

Jerry is preceded in death by his
parents;
brother, Robert Dale Shackelford;
and his grandson, Tanner Kyle Vaughn.

To send flowers to the family or plant a tree in memory of Jerry Wayne Shackelford, please visit our Heartfelt Sympathies Store.

The Harvey Family and Karen Vaughn sent flowers to the family of Jerry Wayne Shackelford.
Show you care by sending flowers

The Harvey Family purchased flowers for the family of Jerry Shackelford. Send Flowers

Posted Feb 13, 2020 at 11:40am
WE ARE SORRY LOUISE AND I CAN NOT BE PRESENT. SHACK WAS A GREAT FRIEND TO WORK WITH , ALLWAYS HELPFUL AND FUN FOREVER ONE OF THE GOOD PEOPLE. FLOYD 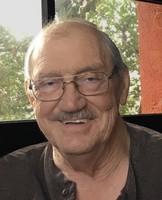 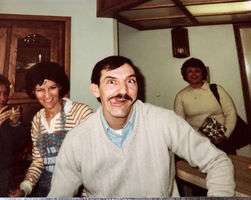