To share your memory on the wall of Gerald McNulty, sign in using one of the following options:

Print
Those we love don’t go away
They walk beside us every day
Unseen, unheard but always near
Still loved, still missed and very dear
-An Irish Calling

Heaven has a new angel. Gerald “Jerry” Wayne McNulty, Sen... Read More
Those we love don’t go away
They walk beside us every day
Unseen, unheard but always near
Still loved, still missed and very dear
-An Irish Calling

Heaven has a new angel. Gerald “Jerry” Wayne McNulty, Senior, beloved husband, father and friend, passed away after an extended illness early morning on Saint Valentine’s Day, February 14, 2020. On a day known for celebrating the gift of love, Jerry’s family and friends celebrated his life and honored his legacy. Jerry’s strong faith, amazing courage, generous spirit and abiding love for his family and circle of friends will live on in the hearts of all who knew him.
Jerry was born March 21, 1941. After graduating from Edison High School in Tulsa, he proudly served in the U.S. Air Force, which included training canines for military service and active duty, in country, during the Vietnam War. While stationed in Spain, Jerry met and married Marisa, his beloved wife of 56 years.
After being honorably discharged from military service, Jerry attended Redlands Community College and Oklahoma State University where he studied business. He worked for Seagate and its predecessor companies for more than 27 years. After his retirement Jerry attended OSU-Oklahoma City, where he earned a certificate in horticulture. He subsequently put his business experience, education and love of gardening into practice working at garden centers in Yukon and Oklahoma City.
Known for his resonant tenor voice Jerry enjoyed singing and lifted his voice in song as a soloist and member of church choirs at St. John Nepomuk and The Epiphany of our Lord Catholic churches. He loved to travel with family and friends throughout the U.S. and internationally, particularly to Santa Fe, New Mexico, Sedona, Arizona, Mexico, Costa Rica, his adopted second home of Spain, and his beloved Ireland. He was proud of his Irish heritage and loved all things Irish. Jerry was a loyal fan of and enjoyed attending games for the OSU Cowboys and the Oklahoma City Thunder, but also rooted for the Oklahoma Sooners. He additionally enjoyed reading Western and historical literature and watching Western-themed television and films.
Throughout his lifetime Jerry was an active volunteer, who generously gave his time, talent and support to multiple organizations in which he and his family were involved. He served as a coach for youth sports, Den Leader for the Boys Scouts of America, and a sponsor of the Catholic Youth Organization at St. John Nepomuk Catholic Church. Jerry especially loved playing Santa Clause for several consecutive years as a volunteer at The Christmas Connection. He also greatly enjoyed attending his children’s instrumental and vocal music concerts and theater performances, and listening to classical guitar music. In more recent years he enjoyed actively participating in the “Classics” senior program and playing Bunko at the Epiphany of Our Lord Catholic Church.
Jerry “never met a stranger.” He shared his gregarious personality, wit and humor with friends made throughout his lifetime. He especially loved and valued spending time with his close circle of friends, participating in his Monday evening and Saturday morning men’s’ groups and Sunday “brunch bunch” along with his wife Marisa. Jerry enjoyed celebrating his Irish Heritage, military service, and favorite sports teams, during these outings, often wearing one of the many hats in his collection that included tweed Irish flat caps and ball caps representing the OSU Cowboys, Oklahoma City Thunder and his distinguished service as a Vietnam Veteran. One of his favorite pastimes was spending time snuggling with his best buddy and miniature dauschund, Chico,
Jerry is survived by his wife, Marisa of the home; daughter, Helen, son-in-law Joe and grandson Hunter; son, Gerald, daughter-in-law Betty, granddaughter Madison, step-grandchildren Jessica, Dustin and Michael; six great-grandchildren including: Dasesha, Destiny, Zoey, Saylor and Remi; Caril Elkin-Guilliams, nephew Will Guilliams,, nieces Kim Elkins and Carrie and Tyler Henry.He also is survived by three sister-in-laws and their families in Spain. He was preceded in death by his mother Helen,step-father Thomas Raasch, and father M.E. McNulty.
The family wishes to thank the physicians, nurses and staff who cared for Jerry during his extended illness and his close circle of friends, who provided him with cheer, support and comfort during his illness.

“May the road rise to meet you. May the wind be always at your back May the sun shine warm upon your face, the rains fall soft upon your fields and, until we meet again, may God hold you in the palm of His hand.” - Irish Blessing

To send flowers to the family or plant a tree in memory of Gerald Wayne McNulty, please visit our Heartfelt Sympathies Store.

We encourage you to share your most beloved memories of Gerald here, so that the family and other loved ones can always see it. You can upload cherished photographs, or share your favorite stories, and can even comment on those shared by others.

Familia de Espana, Carol, Will, Kim, Carrie and Tyler, and others have sent flowers to the family of Gerald Wayne McNulty.
Show you care by sending flowers

Carol, Will, Kim, Carrie and Tyler

Carol, Will, Kim, Carrie and Tyler purchased flowers and planted a memorial tree for the family of Gerald McNulty. Send Flowers

Posted Feb 18, 2020 at 10:27am
We are thinking of you during this difficult time, and offer our warmest condolences on your loss.

Posted Feb 18, 2020 at 10:11am
Please accept our most heartfelt sympathies for your loss. Our thoughts are with you and your family during this difficult time.

Christine and Jim Davis purchased the Sentiments of Serenity Spray for the family of Gerald McNulty. Send Flowers

Posted Feb 17, 2020 at 02:27pm
Please accept our most heartfelt sympathies for your loss... Our thoughts are with you and your family during this difficult time.

Medium Dish Garden was purchased for the family of Gerald McNulty. Send Flowers 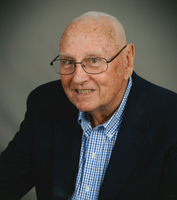 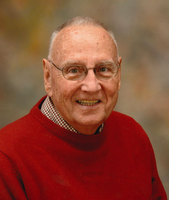