To share your memory on the wall of Gregory Whitlow, sign in using one of the following options:

Gregory Eugene Whitlow was born June 29, 1950 in Bristow, OK the son of Earl Eugene and Betty Lucille (Coppinger) Whitlow. He was awarded his heavenly home on Sunday, February 23, 2020 at the age of 69.

He is survived by his wife of 49 years, Sherry; his daughters: Shawna Salkil and her husband Travis, and Kelley Ross and her husband, TJ ; and his grandchildren, Aubrey Ross, Jaxon Gregory Salkil, Abygail Ross, Levi Ross, and Isabelle Salkil, all of Piedmont. In his life, Greg opened his heart and home to others who chose to call him “Dad” as well. He is also loved and missed by his brothers: Randy Whitlow and his wife Carole, Ryan Whitlow and his wife Kristi, as well as a host of nieces, nephews, cousins, and friends. “Husband”, “Dad” and “Grandpa” were all titles he held with pride.

Greg spent his early childhood years in Bristow and Guthrie, OK, and then moved to the Oklahoma City area where he lived the rest of his life. He was a proud Putnam City Pirate and alumni of Southwestern Christian University. Called to full-time ministry at an early age, he formed a gospel singing group called, “The King’s Ambassadors” and began evangelizing at the age of nineteen. He joined the staff at Lakeside Assembly of God church at age twenty-two. In 1976, he was elected pastor there and served in that capacity for twenty-six years. He finished his ministerial career at Heritage Fellowship where he filled the pulpit until the very end of his life.

When picturing “Pastor Greg”, it is natural to form an image of him standing behind a pulpit. He was a master of the thirty-minute, three-point sermon. Year in and year out, he brought a fresh look at the Word of God three times a week. Later in his career, he expanded his reach by teaching this craft to young ministers that he mentored.

Preaching was the most public and tangible of Pastor Greg’s gifts, and he loved doing that. Yet, perhaps his greatest gift was in his ability to simply “be there”. “The greatest sound that a pastor can make”, he often said, “is not the sound of his voice, but the sound of his footsteps”. There were so many times that in our darkest hours, we heard those footsteps and looked up to see him standing there, “just making sure we were okay”.

Another image that we need to have of Pastor Greg is one that was not on public display. We didn’t see the time he spent in prayer, seeking God’s best for his church, his city, and his family. He took our needs to heart and quite possibly prayed for our well-being more than we did. Only the Lord and Greg know the hours and times he spent pouring our needs from his heart into the Heart of God.

Across the world, there are many who think of Pastor Greg and say, “I still think of him as my pastor”. This is not a statement about their current pastors; simply a testament to the lasting impact of a life well-lived in the service of our Lord. We can’t all learn to preach like he did, but we can all be there for each other. We can pray for each other, not just in intention but in action. We can be followers of Christ.

“Beloved, I pray that you may prosper in all things and be in health, just as your soul prospers” 3 John 2 (NKJV)

Memorial services will be held Saturday, February 29 at 2 pm in the Minchew Auditorium at Southwestern Christian University (7210 NW 39th Expressway, Bethany, OK.) Public parking will be in the main parking lot in front of the Patrick Building on the SCU Campus. The family hopes to gather and greet people after the service. There will be no visitation or viewing at the funeral home.

In lieu of flowers, donations can be made to Sonrise Ranch, Adult and Teen Challenge, 19792 Cache Road NW, Cache, OK 73527.
Read Less

To send flowers to the family or plant a tree in memory of Gregory Eugene Whitlow, please visit our Heartfelt Sympathies Store.

We encourage you to share your most beloved memories of Gregory here, so that the family and other loved ones can always see it. You can upload cherished photographs, or share your favorite stories, and can even comment on those shared by others.

Jake and Robin Starr and Dr Kevin and Ann Norwood have sent flowers to the family of Gregory Eugene Whitlow.
Show you care by sending flowers

Posted Feb 27, 2020 at 06:21am
I will ever be indebted to Pastor Greg for his encouragement and support throughout my ministry. I counted him as my mentor and his example is why I chose to continue my education. My heart aches for his entire family at this moment. He will be missed but his story will never end.
With deep respect and admiration;
Dr. Jacob and Robin Starr, ThD
Comment Share
Share via:
JS

Posted Feb 27, 2020 at 05:12am
What a great man of God. He touched and pastored thousands. He will forever be in my thoughts when I stand to preach or teach. Our deepest sympathies

Jake and Robin Starr purchased flowers and planted a memorial tree for the family of Gregory Whitlow. Send Flowers

Posted Feb 26, 2020 at 10:04am
Pastor Whitlow was a great friend to my father in law, Bishop J. Floyd Williams. Because of his kindness, we visited and attended Lakeside and made it our home church. He dedicated two of my children to the Lord. I will forever remember his love towards our family.
Comment Share
Share via:
MV

Posted Feb 26, 2020 at 01:16am
What a blessing Pastor Greg was in my life! His concern and prayers for his congregation on a weekly basis were full of love and compassion. When I told him that I was getting married, he laughed and told me that he already knew, because he'd been praying for the Lord to provide someone in my life and the Lord had already told him that He had sent someone. The only problem was that he was a Northerner.
Comment Share
Share via:
RP

Posted Feb 25, 2020 at 08:36pm
I don’t recall a time when Pastor Greg was not in my life. He was my pastor, my mentor and friend, So many times he stood with me and my family, in good times and in seasons of challenge. A master orator, preacher, teacher, and man of God. Much much respect. And much much love to all the family during this difficult time.
Comment Share
Share via: 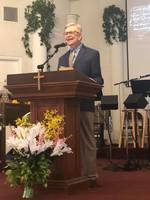 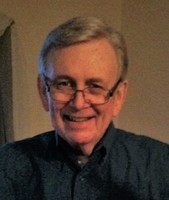 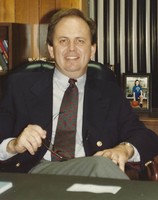 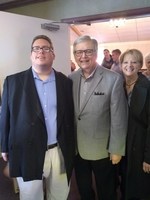