To share your memory on the wall of Anna Cottingham, sign in using one of the following options:


Memorial donations are suggested to be made to Southpark Baptist Church (Her Church) 2900 SW 119th, OKC, OK 73170. Friends may leave condolences for the family at www.vondelsmithmortuary.com

Anna Mae Cottingham, 90 years young, went to be with her Heavenly father on Monday March 16, 2020, the daughter of James Raymond Moon and Helen Louise (Sprouse) Moon, she was born September 28, 1929 in Fort Smith Arkansas. She grew up attending Trusty school and graduated from Fort Smith High School in Arkansas. On June 14, 1947 at the age of 17, she married her sweetheart, Jim Cottingham and together shared more than 60 years of marriage. This union of marriage was blessed with three children. In addition to being a loving wife, devoted mother and dedicated homemaker, Ann also worked as a librarian for Moore Public Schools for many years. She also volunteered her time to work in multiple other schools in the area. Ann was very passionate about her church. In her childhood she had a long family history of membership at Trinity Baptist Church, Fort Smith, Arkansas. During her time living in Oklahoma City she was a member of Dumas Avenue Baptist Church, Emmanuel Baptist Church, Moore, Regency Park Baptist Church, Moore and a charter member of Southpark Baptist Church which began as a mission of Regency Park Baptist Church in her home on March 15, 1979. Some of the many things she did through her church work included writing for the state Baptist newsletter for the Deaf, teaching sign language, working with youth and church libraries. She was instrumental in not only her own church library but also was instrumental in starting 39 additional libraries in many other churches in many states. She had a love for kids and worked in VBS as late as 2018. However, nothing was as important as being with her family whom she loved with all of her heart. Ann was known for her fried pies, sewing, gardening and love of books. She will be fondly remembered as a giving, servant hearted and generous woman. Although she has had many accomplishments, for her, the greatest accomplishment was being a mother, grandmother and great-grandmother. She was a fierce supporter of her family and continued to cheer them on in any endeavor. Ann’s determined spirit and willingness to help will be missed by her family and all who knew her.
She was preceded in death by: her parents, James and Helen Moon and step-father Clifford Cottingham, her lifelong sweetheart Jim Cottingham and baby daughter Carol and brother Don Moon.
She leaves behind her loving family: Sons, David and Sharol Cottingham of Norman, Dale and Elizabeth Cottingham of Edmond. Grandchildren, Laura Cottingham of Edmond, Byron & Tauri Cottingham of Edmond, ShaLyn Cottingham of Norman, Margaret and Will Mantor of Colorado. Great-grandchildren: Julia, Gabe and Colette Ann Cottingham of Edmond. Brothers, Herman & Pat Moon of Owasso and Jim Moon of Tulsa. Many other nieces, nephews cousins, and extended family and friends.
Read Less

To send flowers to the family or plant a tree in memory of Anna Mae Cottingham, please visit our Heartfelt Sympathies Store.

We encourage you to share your most beloved memories of Anna here, so that the family and other loved ones can always see it. You can upload cherished photographs, or share your favorite stories, and can even comment on those shared by others.

Dear David, Dale, and families,
Re: Your mother, Ann Cottingham:

I want to express my deepest symphony to each of you in the loss of your mother, grandmother and great-grandmother.

Ann dedicated her life to be a missionary at a very early age, and she proceeded on that course until her senior year of high school (1945 – 1946). In that year changes happened in our family; WWII was over, and a man appeared in our family named Clifford Cottingham. We don’t know how long Mom and Clifford were acquainted but the connection was apparent quickly - they were married in February of 1946. Also, Clifford’s cousin, Jim, came to visit and found this young girl in his cousin’s new family and that connection was also very quick and apparent. They married shortly after Ann graduated from high school. We are convinced that God’s hand was apparent in the placement of both of these men in our lives.

Posted Mar 19, 2020 at 02:21pm
Aunt Ann was one of my heroes. She always treated me as much like a daughter as her niece. She taught me so many things, from gardening to sewing to cooking. The best thing she ever taught me was that Jesus loved me no matter my many imperfections, and to rest in that knowledge without fear for the future.
Another lesson she taught me that had lifetime usefulness was how to pick okra! Let me explain about that lifetime usefulness. In life, as in gardening, there is often okra to be picked. By you. You may not even like okra, but here is how to do it: you stand at the end of the row and survey the long line in front of you; then you put your head down and your attention on the plant in front of you and dive in. There will be stickers, it will be hot, and the stickers will cling to your arms and hands, but you keep working until that plant is done. Then you move on to the next plant. I often hummed or sang to myself, or if fortunate I had a comrade to discuss philosophy with. 10-year-olds have marvelous philosophical discussions! When all the plants are done, you go get the hose for a cool rinse. That is the only successful way to pick okra or perform any number of other tasks. Thank you, Aunt Ann!
Aunt Ann was the gentlest person, the fastest driver, and one of the most determined women I ever knew. I know where she is now, and I know that hers is one of the first faces I will be looking for after I cross the river Jordan. Rest in peace, my dear aunt; you were and are much loved.
From Debbie
Comment Share
Share via: 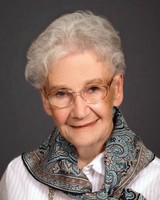 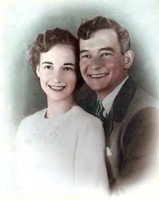