To share your memory on the wall of Martin A. Weeks, sign in using one of the following options:

Provide comfort for the family by sending flowers or planting a tree in memory of Martin A. Weeks

Provide comfort for the family of Martin A. Weeks with a meaningful gesture of sympathy.

Print
Due to the safety restrictions in place, a family grave side service is taking place. The family will hold a celebration of Marty’s life with all who loved him when it is safe for all to meet at a later date.

Martin Alden (Marty) Weeks... Read More
Due to the safety restrictions in place, a family grave side service is taking place. The family will hold a celebration of Marty’s life with all who loved him when it is safe for all to meet at a later date.

Martin Alden (Marty) Weeks was born the third child of Clarence Jr. and Wanda (Hodge) Weeks on the 4th day of December, 1954. Marty grew up in south Oklahoma City and graduated from U.S. Grant High School in 1972. He wrestled in high school until his career was cut short by a knee injury.

Marty was an extremely intelligent person with extensive knowledge of literature, music, sports, film, photography and many other subjects. Marty is remembered by his loved ones as someone with a wonderful dry sense of humor. He was the family trivia grandmaster and enjoyed playing along with the family during Jeopardy! He loved sharing his appreciation of classic movies with his family members, especially classic comedies by The Marx Brothers, The Three Stooges and Laurel and Hardy. He accepted Jesus Christ as his Savior in August of 1964 and was baptized at Airline Baptist Church shortly thereafter.

Marty continued his education at the University of Oklahoma, and in 1976 he earned his first two college degrees with Bachelor of Science degrees in Math and Mechanical Engineering. While working as a consulting engineer, he completed his Master's degree in Mechanical Engineering at OU. Even after completing his Master's degree, he continued with many post graduate classes in engineering at OU.

Marty worked as an engineer for several years, then returned to OU to study law. He earned his J.D. in 1991. Marty passed the Bar Exams in the states of Oklahoma, Texas and Illinois. He was a member of the bar in each state thereafter. He was admitted to practice in both state and federal courts, including the District Court of the District of Columbia, the Appellate Court in Washington DC and the Supreme Court of the United States.

After working for several law firms in Oklahoma, Marty moved to Washington, D.C. in 2007, where he worked for a law firm in the area of Intellectual Property. Even into his fifties, Marty's desire for learning continued, and he earned a Master of Laws (LLM) from George Mason University in 2014. Marty worked for the US Patent Office in Washington D.C. and finally worked for the US Patent Office remotely from Norman until his retirement in January of 2020.

Marty moved to Norman with his family in 1973. He lived in Norman the rest of his life, other than the years he spent in the Washington D.C. area. Marty was a lifelong fan of OU football. He loved attending games and even sold soft drinks at the games in his youth. He also followed basketball and other sports, including the Oklahoma City Thunder.
One of Marty's greatest joys in life was being an uncle and spending time with his five nieces and nephew when they were small, with countless trips to the public parks in Norman, as well as the duck pond at OU. He also had a second generation of nieces and nephews that he loved and enjoyed being with whenever possible.

Marty was the family photographer for many years and the keeper of family history. He maintained the history and records of the family’s Delaware Indian heritage. He was our tribal attorney for many years. He enjoyed genealogy and being in contact with family members around the country. He shared historic family photos with relatives, especially the descendants of John Franklin and Lillie Mae Porter at the annual reunions in Guthrie.

Marty is preceded in death by his parents and niece Judith. He is survived by his brothers Clarence (Sonja), Steve, Michael and his sister Brenda Fuson. He is also survived by his nieces, Jennifer (Greg) Wagnon of Texas, Jessica (Jeff) Smith of South Carolina, Jolena Weeks of Moore, nephew Bill Fuson of Norman and Melinda (Trevor Dougherty) Fuson of Oklahoma City. He is also survived by their children, Emily, Elizabeth and Aaron Wagnon, Abigail and Ezra Smith, Wanda Milam, River and Alice Fuson. He loved each of them dearly and and was loved by them.

Marty's sudden and unexpected passing brings great sadness to all who knew him and loved him.
Read Less

To send flowers to the family or plant a tree in memory of Martin A. Weeks, please visit our Heartfelt Sympathies Store.

Receive notifications about information and event scheduling for Martin A. Weeks

Receive text or email updates for Martin A. Weeks

We encourage you to share your most beloved memories of Martin A. Weeks here, so that the family and other loved ones can always see it. You can upload cherished photographs, or share your favorite stories, and can even comment on those shared by others.

Posted Apr 08, 2020 at 12:37pm
At the U.S. Patent Office in Alexandria, Virginia, about 15 of us in 2012 as new patent examiners, including Martin, started together as a training group with some previous experience in patent law, a group of professionals from all over the country but also quickly a group of colleagues and friends. Martin was immediately well-liked and respected within our group as an easy-going, manifestly decent, hard-working and kind to all friend as we together navigated our start at the Office. Martin sometimes joked about being the oldest among us, though our ages spanned many years, with some of us not too far behind him. Many of us hailed from the coasts, but Martin was one of a couple among us well-appreciated for representing the middle of the country. Overtime we all moved to our first assignments and soon many of us relocated out of Virginia to California, Pennsylvania, Ohio and other destinations, including Martin back to Oklahoma. Martin was great about staying in touch and supporting our group over the years, even in times difficult for him. We will all miss him very much.
Comment Share
Share via: 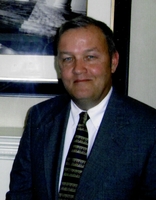 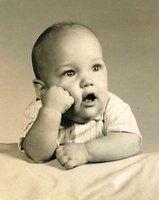 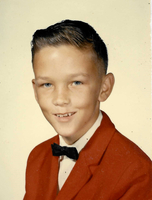