To share your memory on the wall of James Castleberry, sign in using one of the following options:

James Castleberry was born April 18, 1927 in Murchison, Texas the third eldest of five children. Growing up on the family farm, he was no stranger to hard ... Read More
Viewing will be come and go 12-8 PM Sunday, March 29, 2020 at the funeral home.

James Castleberry was born April 18, 1927 in Murchison, Texas the third eldest of five children. Growing up on the family farm, he was no stranger to hard work. After high school he was drafted into the Army in 1945 and sent to Germany as part of the post war peace keeping reconstruction effort. He suffered a serious jeep wreck, receiving back injuries that bothered him the rest of his life. He served in communications and attained the rank of Corporal before being discharged in 1947. He was introduced to his future wife Wanda by mutual friends and it was love at first sight. She had grown up on a farm as well, with little luxuries, so they had a lot in common. Marriage soon followed and they lived in Chickasha where their first son Jimmy was born in 1949, followed by their second son Dennis in 1955. The family moved to Oklahoma City in 1959 where James pursued a career in institutional food sales, supplying local restaurants, cafeterias and hotels. He loved taking his boat out to fish and listening to his favorite singer, Jim Reeves. He was a lifelong Christian and enjoyed watching his favorite preacher, Billy Graham. He was a good husband, father and grandfather.
Read Less

To send flowers to the family or plant a tree in memory of James Delmer Castleberry, please visit our Heartfelt Sympathies Store.

Receive notifications about information and event scheduling for James

There are no events scheduled. You can still show your support by sending flowers directly to the family, or planting a memorial tree in memory of James Delmer Castleberry.
Visit the Heartfelt Sympathies Store 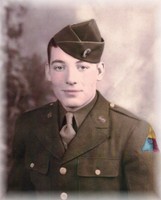 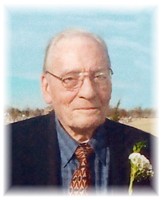