To share your memory on the wall of Trong Nguyen, sign in using one of the following options:

His life in Vietnam was shaped by his upbringing as a devout Catholic. He completed his French Baccalauréat and was fluent in Vietnamese, English, and French. As a scholar and romantic, he became a beloved professor of history, and French and Vietnamese literature, while also working as a foreign diplomat. He went on to work as a news assistant to the BBC and the Los Angeles Times, bureau chief of the Vietnam Press Agency in Jakarta, Indonesia, and a foreign correspondent for Reuters. He was also the president and founder of the Vietnamese Reporters Guild.

His life changed abruptly in 1975 in the wake of the Vietnam War. As a journalist with the foreign press, he was transferred to the United States where he worked for The Daily Oklahoman covering Indochinese refugees up until his retirement in the 1990s. He had an insatiable pursuit of knowledge and was constantly immersed in research, books, and his own collection of countless writings. In 2000, he was interviewed about his life’s story, which is now preserved in the archives of the Oklahoma Historical Society.

Nguyễn Trọng led a life strong in faith and filled with conviction. He was a devout Roman Catholic and a member of Epiphany Catholic Parish. In his 70s, he answered his call to God through his greatest vocation as a lay Carmelite. He adorned his Brown Scapular as a symbol of his life’s consecration to God in the spirit of the Blessed Virgin Mary and his daily commitment to prayer. His faith wove into every fiber of his being. He was humble, patient, kind, lovable, content, introspective, memorable and always smiling.

He lived a full and rich life, filled with the love of many family and friends. He is survived by his wife, Nguyễn Thị Kiều Nga, his four children, Cathy Murray, Stephan Trọng, Germaine Tupper and Marguerite Phương Dung Butchee, and his five grandchildren, Ian, Ethan, Oliver, Nolan and Elise.

His cremation will be done at Vondel L. Smith on April 16, 2020. His funeral service was held at Resurrection Memorial Cemetery with an intimate ceremony on April 17, 2020. A memorial mass will be scheduled for a later date, to be announced.
Read Less

To send flowers to the family or plant a tree in memory of Trong Nguyen, please visit our Heartfelt Sympathies Store.

Receive notifications about information and event scheduling for Trong

There are no events scheduled. You can still show your support by sending flowers directly to the family, or planting a memorial tree in memory of Trong Nguyen.
Visit the Heartfelt Sympathies Store

We encourage you to share your most beloved memories of Trong here, so that the family and other loved ones can always see it. You can upload cherished photographs, or share your favorite stories, and can even comment on those shared by others. 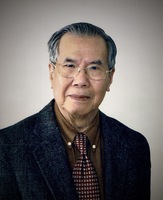