To share your memory on the wall of Floyd Cottle, sign in using one of the following options:

A Celebration of Life for Red will take place the old football field in Sulphur, Oklahoma. (600 W. Wynnewood St, Sulphur, OK 73086) DATE AND TIME ARE PENDING.

A Celebration of Life for Red will take place the old football field in Sulphur, Oklahoma. (600 W. Wynnewood St, Sulphur, OK 73086) DATE AND TIME ARE PENDING.

Red, as he was known to family & friends, passed away at his home surrounded by his family. Born in Sulphur, Oklahoma to Aaron Orlando & Roxie Pearl (Newby) Cottle, he was the sixth of twelve children born to this union.

He graduated from Sulphur High School class of 1955 where he played football during his time there. He honorably served his country in the U. S. Navy during the Vietnam War. Following his discharge he attended Northeastern State University in Tahlequah, Oklahoma where he received his Bachelor of Science in Education. He later received his Master’s degree in Education from Oklahoma University.

Before becoming a teacher, Red acted as a referee and umpire for basketball and softball leagues.

He started teaching at Nichols Hills Elementary before becoming principal at Millwork where he worked until he retired.
Red enjoyed golf, dominoes, garage sales, watching football and meeting with his friends weekly at the coffee shop.

He was energetic, full of life and will be remembered for always being willing to lend a helping hand.

To send flowers to the family or plant a tree in memory of Floyd Wayne Cottle, please visit our Heartfelt Sympathies Store.

Receive notifications about information and event scheduling for Floyd

There are no events scheduled. You can still show your support by sending flowers directly to the family, or planting a memorial tree in memory of Floyd Wayne Cottle.
Visit the Heartfelt Sympathies Store

We encourage you to share your most beloved memories of Floyd here, so that the family and other loved ones can always see it. You can upload cherished photographs, or share your favorite stories, and can even comment on those shared by others.

Posted May 11, 2020 at 03:40pm
Red was one of a kind. We grew up in the same neighborhood and went to the same grade school thru high school. If I ever needed help I always knew Red would be there as soon as I called. I will miss my old friend.
Comment Share
Share via:
DQ

Posted May 10, 2020 at 07:46pm
To the family of Mr. Floyd Cottle. Mr Cottle was my 6th grade teacher at Stand Watie Elementary in Oklahoma City and also taught my brother. My mom was a great baker and she was always sending him a piece of pie or cake. She still says I fed Mr. Cottle for 2 years. Ha!Ha! Mr. Cottle was the first man teacher we ever had at that school he was tough but fair. I learned so much that year from him. I can remember we were learning in math about exponents, this was something new to me and I just couldn't get it. He tried and tried to help me and I just wasn't getting it. My older cousin who was int he military come over and I ask him about he was a math whiz and he explained it to me and I went int he next day to Mr. Cottle and I was able to explain it to him and that I finally understood it. He called me by my last name which was Eaton and he said Eaton I am so glad you finally got it, I knew you could do it. I loved Math and school in general. Mr. Cottle didn't have the best handwriting and back then we had to practice penmanship and mine was pretty good and he would have me write on the board the assignments. On another occasion our desks were butted up to each other in a row, I had my back to him and several of us were talking and he told us to stop and I did stop, but he thought, I was still talking he says Eaton stand up here on the radiator (it must have been hot weather because it wasn't on) in the front of the class, the longer I stood up there the madder I got because I knew I had stopped talking when he said to stop. So I said Mr. Cottle I did stop talking when you said to and I am not standing up here and I Jumped down off of the radiator and went back to my seat and I might add I was a redhead also and he never got on to me about it. I guess he knew if I was bold enough to jump down I wasn't guilty. I never ever got in trouble in school with any teacher except that one time. With Mr. Cottle you knew where the line was and you knew not to cross it. He was a great teacher, he loved kids and they loved him, he would joke around, he loved sports and he loved my momma's cooking. Ha! Ha! I saw where he went on to become a principal I have no doubt he made a great one. When taught us in 1964 I believe he was married and I don't think he had any children and I didn't see any of them listed in his obituary.
I was so sad to hear of Mr. Cottle passing away and just wanted you all to know he was such a great man and was good at teaching kids. He is missed. 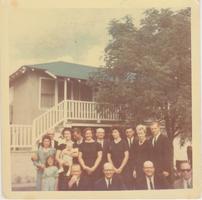 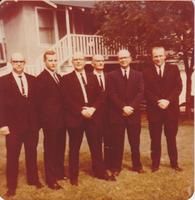