To share your memory on the wall of Greg Horn, sign in using one of the following options:

Greg started working as a truck/delivery driver at the age of 18. Greg also enjoyed working for the Dallas Cowboys as a Security Supervisor for 28 years until Texas Stadium closed in 2008. For a period, Greg worked as a special education paraprofessional while coaching football, basketball and track. This work afforded Greg the opportunity, which he loved, to work with students and young athletes, whom over the years brought him another level of joy and accomplishment. Greg was a skilled umpire for baseball and his real love, fast pitch softball. Greg enjoyed umpiring for many years as both a profession and a passion. Greg continued umpiring until this past February.

In 1995, Greg and Paula Summers were married at Coyote Hills, west of Cheyenne, Ok. Throughout their marriage they shared many adventures and created wonderful memories with their daughters and grandchildren. Greg’s family was the joy of his life. Greg’s favorite athletes to coach were his daughters and his granddaughters. Greg’s most fond memories were coaching girls’ softball with his daughter, Summer Loree. Many did not know Greg’s skill for operating a bar-b-que grill, but Greg loved family gatherings and was ceremoniously named “grill master” for these fun family events.

Greg is survived by his wife Paula and daughter Summer Loree of Oklahoma City, his daughter, Meghan Allison and her husband Aaron, grandchildren Hannah Rene, Lyndsay Marie, and Brennen. Greg is also survived by his father, Robert Horn of Lancaster, Texas, sister Sharon and brother-in-law Russell Coe of Arlington, Texas, father-in-law Melvin Summers of Newcastle, Ok, sister-in-law Pamela and her husband Kenny Sylvester of Newcastle, Ok, and brother-in-law Marty Summers and his wife Stephanie of Oklahoma City. Additionally, Greg is survived by a host of loved nieces, nephews, great nieces and great nephews.

A public celebration of Greg’s life will be held at a later time after public meeting restrictions have been lifted. We will communicate that event when plans are created.

The family is requesting, in lieu of flowers, for donations to be made to the American Diabetes Association, The Alzheimer’s Association, or the TBI Warrior Foundation.
Read Less

To send flowers to the family or plant a tree in memory of Greg Horn, please visit our Heartfelt Sympathies Store.

Receive notifications about information and event scheduling for Greg Horn

There are no events scheduled. You can still show your support by sending flowers directly to the family, or planting a memorial tree in memory of Greg Horn.
Visit the Heartfelt Sympathies Store

We encourage you to share your most beloved memories of Greg Horn here, so that the family and other loved ones can always see it. You can upload cherished photographs, or share your favorite stories, and can even comment on those shared by others.

Posted May 05, 2020 at 09:18pm
Greg, oh the memories of High school Homemaking class cooking while you and Daniel Ruiz watched me cook then y’all washed the dishes. Fun times. You always knew the right thing to say. You had everyone in stitches with your jokes and witty quips. Your crooked smile was always there. I only moved to Lancaster and was there for my junior and senior years. You were a great friend. Seeing you at our last high school reunion mixer was so fun. I’m so glad you were there. It was like old times. You were fairly new to your prosthetic and using a walker yet it didn’t keep you back . You were all over the place visiting, cracking jokes and having a good time. I will cherish the memories. Sitting at the table with you and Paula was perfect.
Rest now and be at peace. Until we all see you again someday.
Comment Share
Share via:
M

Posted May 05, 2020 at 03:56pm
I’m going to miss arguing football with you Greg I will always cherish the good times we had at Texas Stadium until we meet again love you brother in-law RIP
Comment Share
Share via:
DF 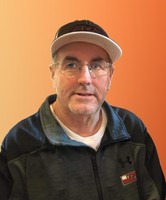 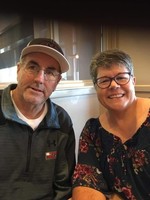 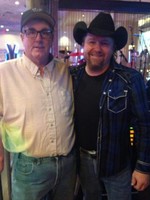 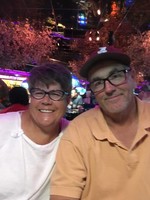