To share your memory on the wall of Kenneth Uffen, sign in using one of the following options:

Print
Viewing will be held Wednesday May 13, 2020 from 4-7 PM at Vondel Smith Mortuary at South Lakes. In lieu of flowers, donations can be made to the Southern Hills Baptist Church, 8601 S. Pennsylvania Avenue, Oklahoma City, Oklahoma 73159

K... Read More
Viewing will be held Wednesday May 13, 2020 from 4-7 PM at Vondel Smith Mortuary at South Lakes. In lieu of flowers, donations can be made to the Southern Hills Baptist Church, 8601 S. Pennsylvania Avenue, Oklahoma City, Oklahoma 73159

Kenneth Paul Uffen passed away peacefully after a short battle with cancer on Saturday, May 9, 2020 in his home in Oklahoma City. Born December 6, 1937, to Melvin George and Christine Vaughn Uffen in Jennings Louisiana. Ken graduated from Chickasha High School where he met his first love, Dawn Elaine (Weston) Uffen. He served in the US Navy for two years, before they married on December 27, 1958 in Chickasha, OK. They were married for 55 years before she passed in 2013. Ken served in the Oklahoma City Police Department for 22 years, retiring as a Lieutenant, and then working for OG&E.

To send flowers to the family or plant a tree in memory of Kenneth Paul Uffen, please visit our Heartfelt Sympathies Store.

Receive notifications about information and event scheduling for Kenneth

We encourage you to share your most beloved memories of Kenneth here, so that the family and other loved ones can always see it. You can upload cherished photographs, or share your favorite stories, and can even comment on those shared by others.

Shirley and Jeff, Your GCoE Family, and other have sent flowers to the family of Kenneth Paul Uffen.
Show you care by sending flowers

Posted May 12, 2020 at 08:27am
Bryan are prayers and thoughts are of you and your family.Love Shirley and Jeff Juhl

Shirley and Jeff purchased the Medium Dish Garden for the family of Kenneth Uffen. Send Flowers

Posted May 10, 2020 at 09:58pm
Kristi, We are all thinking of you and sending our love to you. We hope that you find comfort in the memories of your father.

Your GCoE Family purchased flowers for the family of Kenneth Uffen. Send Flowers

Brenda DeRemer and Stuckert Family purchased flowers and planted a memorial tree for the family of Kenneth Uffen. Send Flowers

Posted May 09, 2020 at 05:58pm
Kristi, these flowers are from Nina and me. I know the pain you feel now. You and your family are in my prayers. Your Father was a great man.

Jerry Holmes purchased the Blooming Garden Basket and planted a memorial tree for the family of Kenneth Uffen. Send Flowers 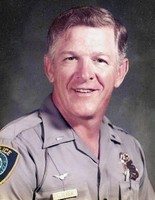