To share your memory on the wall of Eddie Cox, sign in using one of the following options:

Print
Born March 1, 1958 to Jim and Barbara Cox. Eddie graduated from Capitol Hill High School 1976, Oklahoma City Community College 2006 and University of Oklahoma 2007. As a former member of American Coaster Enthusiasts, Eddie loved to ride roller coast... Read More
Born March 1, 1958 to Jim and Barbara Cox. Eddie graduated from Capitol Hill High School 1976, Oklahoma City Community College 2006 and University of Oklahoma 2007. As a former member of American Coaster Enthusiasts, Eddie loved to ride roller coasters. His favorite was the Viper at Six Flags Magic Mountain outside of LA. Eddie was an Eagle Scout, had numerous tattoos (26) which represent what he enjoyed and loved: Star Wars, Yogi Bear, Harley-Davidson, Marilyn Monroe, his children and their spouses, and his favorite TV shows. He enjoyed riding his Harley and participating in poker runs (former member of the Downed Bikers Association). Eddie was a licensed pilot and enjoyed flying when he was able. He was an avid OU football fan ever since his father took him to see Steve Owens play. He was a current season ticket holder with his son, Jim. He was an even bigger fan of ice hockey. He started playing hockey at eight years old. He played hockey until he was almost 18 and then played in the men’s league for six more years in his late 20s and early 30s. Eddie was a big Boston Bruin’s fan. Later in life, he tried to see the Bruins play every year by going to Boston or catching them somewhere else like Dallas, New Jersey, or St. Louis. He loved Italy and at age 50, he checked Italy off of his bucket list. Other bucket list items completed were visiting Boston, Cedar Point, Tombstone, and Philadelphia for the Ben Franklin Museum. In recent years, he added several more things to his bucket list that remain: Barbados Sandals Resort, Polar Bear City in Churchill, Manitoba – Canada, Mardi Gras Carnival Cruise line ship to ride its roller coaster, Italy again, and Germany to visit numerous World War II locations. He was a stanch conservative, except for a few social issues, and thought President Reagan was the greatest president of modern time. He enjoyed reading Tom Clancy and Vince Flynn novels. He was World War II history buff as well as a big fan of Marilyn Monroe. He was an active member of the Associated Builders & Contractors both nationally and locally, serving as chapter president in 1987. Eddie had a hand in building projects in Arizona, Oklahoma, Texas, Virginia, New Jersey, Maryland, and the District of Columbia. Some of the projects that he was proud of were Edmond Public High School’s Live Stock Barns, Edmond Memorial High School Track Building, Midwest City High School Baseball Facility, Midwest Industrial Park, Mathis Brothers Furniture Showroom and several projects on Tinker AFB. HGL Construction won an award in 2014 from the AGC for Eddie’s Renovate Research Building 19 Project at the VAMC in Oklahoma City. Eddie was also very proud of the underground home that he designed, built and lived in when his kids were little. Eddie was married and divorced three times. After the third, he decided he was not suited for marriage and stayed single for the rest of his life. He was always on the lookout for that special person who could accept him as the special person he was. Eddie did have a good relationship with his children’s mother, Karen. Even after they split up, Eddie knew Karen would always be a wonderful and caring mother to his children. Eddie was fortunate that Sarah and Jim both married wonderful spouses. Both couples have given Eddie wonderful grandkids. Eddie loved his pets too, and his latest was Tyson (Red Nosed Pitbull). Eddie was preceded in death by his paternal grandparents EV & Jewel Cox, his grandpa Ed Cummings, Marie Cummings, plus several uncles and aunts, his mother Barbara Cox, his father Jimmie E. Cox, his nephew Jason Mathis, and his youngest daughter Emerald Dae Cox. Eddie is survived by his sister Cindy Mathis and brother-in-law, Dale Mathis of Oklahoma City, OK, nephew, Brandon Mathis of St Peters, MO; daughter, Sarah Weber and son-in-law, Nathan Weber of Edmond, OK and grandchildren, Caleb and Brooklyn; son, Jim Cox and daughter-in-law, Shawna Cox of Luther, OK, and grandson, Theron. There will be a celebration of life for Eddie at a later date this summer. If you would like to make a donation for Eddie, please consider the American Diabetes Association or Parent Promise of Oklahoma City.
Read Less

To send flowers to the family or plant a tree in memory of Eddie Van Cox, please visit our Heartfelt Sympathies Store.

Receive notifications about information and event scheduling for Eddie

There are no events scheduled. You can still show your support by sending flowers directly to the family, or planting a memorial tree in memory of Eddie Van Cox.
Visit the Heartfelt Sympathies Store

We encourage you to share your most beloved memories of Eddie here, so that the family and other loved ones can always see it. You can upload cherished photographs, or share your favorite stories, and can even comment on those shared by others.

Posted May 23, 2020 at 09:46am
To the family: I'm so sorry to hear about Eddie. We were in radio together for a couple of years at Magic 104 before I found out Eddie and my dad knew each other from Associated Builders and Contractors. It was one of those "small world" kind of things. Eddie was a free-spirit and did very little without gusto. I remember our last lunches way too many years ago. I moved to San Diego and we lost regular contact. I am so angry at myself because I often thought of Eddie and would think, "I just need to pick up the phone" --- and never did. Now, he's gone. We went to hockey games, OU football games, hit the town, and argued politics. We agreed on very few issues, but we always enjoyed bantering back and forth. We both lost children tragically and that became another bond. The only relatives I knew were Jim and Barbara, and remember joking around with Emerald, Sarah, and Jim when they were very young. He certainly loved his kids. To the two of you, I send me deepest condolences. I sure wish I had made that call. I'll miss Eddie.
Comment Share
Share via:
SD

Posted May 23, 2020 at 12:58am
Cindy, the Davis family is saddened to here of Eddie's passing. My wife Mary and I, and my brother Gerald and his wife Vicki, met you when you were tending your Dad in his last days. My Mom, Mary Lou Harris Davis, and your Dad were cousins and their families lived together at different times during the hard times of the Depression. We met Eddie multiple times at family gatherings, often held when my uncle Bill Harris, son of your grandmother's sister Rudel, and his wife Jackie came back to visit after moving to Oregon. Eddie often attended those gatherings with his Dad and enjoyed getting together with family. We wish you and all Eddie's family the joy of good memories and the peace of knowing he is now at rest.
--Steve Davis and Mary Lane, Gerald and Vicki Davis, and Ron and Kathy Davis Sanders
Comment Share
Share via:
BR

Posted May 18, 2020 at 11:26am
So sorry to hear of Eddie's passing. I used to see him and his son often at Tinker in bldg. 3. Condolences to his family.
Comment Share
Share via:
SW

Thank-you so much, Becky, we really appreciate it.
SW

Thank-you for being such an awesome Dad, Grandpa, and father-in-law. We love you so much and you left us much too soon. I will always remember the fun, happy memories we had whether it was you getting me to ride my first roller coaster at Six Flags, going to hockey games, bantering back and forth about OSU vs OU, celebrating all of our birthdays, and enjoying time together at our fun, holiday gatherings. We will always have you in our heart and we know you are having a joyous time in heaven with Emerald, Grandpa Jim, Grandma Barbara, Jason and many other friends. Thank-you for being a kind, loving father that always let us know you were so proud of your kiddos and grandkids.

To Eddie's family -- Through working with Eddie over the last decade, I witnessed his good nature many times. He inspired me with his big heart. He was very proud of his family and spoke of you all often. He will be remembered fondly by his work family. -Shannon Waken 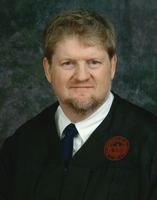 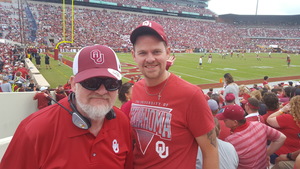 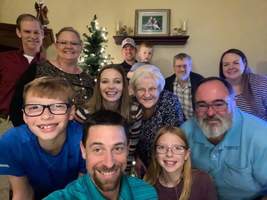