To share your memory on the wall of Jewel Phipps, sign in using one of the following options:

She was preceded in death by her:
Parents;
Husband;
Daughter;
And Brother;

She was survived by her
Son, Roger and wife Louise,
Grandchildren, Glenn, John & Amber plus 6 grandchildren.

Upon arrival to visit her, her most remembered saying was “well, what do you guys know for sure?”
Read Less

To send flowers to the family or plant a tree in memory of Jewel Phipps, please visit our Heartfelt Sympathies Store.

Receive notifications about information and event scheduling for Jewel Phipps

We encourage you to share your most beloved memories of Jewel Phipps here, so that the family and other loved ones can always see it. You can upload cherished photographs, or share your favorite stories, and can even comment on those shared by others.

Michelle, Alan, Lauren, and Dylan Barber and Lisa sent flowers to the family of Jewel Phipps.
Show you care by sending flowers

Posted May 19, 2020 at 10:34am
Our love and prayers are with you all. Love Henrietta Finzel & Thomas and Carol (Robert, Daniel, Peter) Martin

Flowers were purchased for the family of Jewel Phipps. Send Flowers 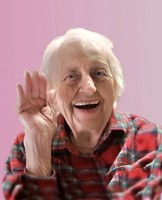 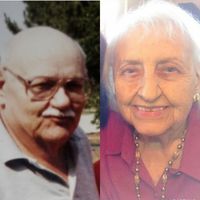 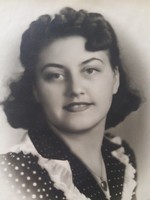 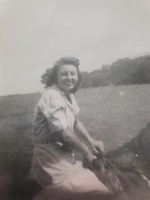