To share your memory on the wall of Dan Tipton, sign in using one of the following options:

He is credited for building the hospital literally from the ground up. He was involved in the early fundraising that made the hospital possible. He had a lot of pride in south OKC and felt the area desperately needed a medical facility to meet the needs of that community. He was able to foster that dream into a reality.

Groundbreaking for the hospital began April 2, 1964. It officially opened Nov. 1, 1965. It started small with only three stories, 73 beds, and a staff of 130 people. Just four years later, the hospital had expanded to 200 beds with 450 employees.

Passionate about healthcare and his community he was instrumental in bringing medical specialists to the area with the opening of the Central Oklahoma Cancer Center in 1988. It was the first complete outpatient cancer facility in central Oklahoma. The Sleep Disorders Center soon followed, also opening in 1988. The five-story Medical Plaza building opened in 1993 and the Jim Thorpe Rehabilitation Hospital opened in 1994. He essentially oversaw the entire growth and development of the current INTEGRIS Southwest Medical Center campus, which is now 10 stories tall, with 334 licensed beds and over 1,100 employees.

A faithful servant to the hospital until the very end. He actively served on the INTEGRIS Southwest Medical Center Board of Directors until early 2018 and remained on the board in Emeritus status.

Dan poured time and love into his family during his retirement. You could find him in Colorado visiting his daughter and being a Papa to his grandchildren or at the family lake house on Lake Tenkiller. All of this with his loving wife Terri of 69 years by his side.

He was a man of strong faith and character. He loved his God, his Country, and his Family.

He was preceded in death by his parents; Sisters; Thelma, Dorothy, Alla May, Pat, Kathy and his half brother Luke.

Honor is the currency of Heaven. We honor Dan and recognize the tremendous legacy he left for his family, the south OKC community, and INTEGRIS Southwest Medical Center.
Read Less

To send flowers to the family or plant a tree in memory of Dan Tipton, please visit our Heartfelt Sympathies Store.

Receive notifications about information and event scheduling for Dan Tipton

We encourage you to share your most beloved memories of Dan Tipton here, so that the family and other loved ones can always see it. You can upload cherished photographs, or share your favorite stories, and can even comment on those shared by others.

Posted May 22, 2020 at 07:28pm
Tipton family, You're in our thought and prayers. May the peace of God that surpasses all understanding comfort you in this time. From your UCC family 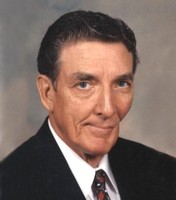