To share your memory on the wall of Judy Williams, sign in using one of the following options:

Print
Judy Ann Williams was born on October 12th, 1947 to Noma and J.T. Hurst in Altus, Oklahoma. She had one older brother John, an older sister Mary, and one younger brother David.

In 1965, Judy graduated from Mooreland High School in Moore... Read More
Judy Ann Williams was born on October 12th, 1947 to Noma and J.T. Hurst in Altus, Oklahoma. She had one older brother John, an older sister Mary, and one younger brother David.

In 1965, Judy graduated from Mooreland High School in Mooreland, Oklahoma. She went on to attend Cameron University and graduated in 1970 with a Business Education Degree. Shortly after graduation she was hired on teaching Adult Business Classes at the Vo-Tech in Lawton, Oklahoma. In 1976 she moved to Oklahoma City and worked as a Branch Manager with Midland Mortgage.

In 1979, Judy married the love of her life, Pepper Williams and they were blessed with three children, Lance, Brandi and Brandon. Pepper was a Farmers Insurance Agent and Judy worked with him at Farmers Insurance Group in South Oklahoma City District Office until they retired at the end of June 2018. Judy and Pepper attended Southern Hills Baptist Church and were active members of the Encouragers Sunday School Class. Judy was active in the Journey Children’s Ministry.

Judy was active in PTA throughout Lance and Brandi’s School Years. She loved being a “Sports Mom” following the Tennis and Cross-Country Team to competition meets around Oklahoma. Judy loved Snow Skiing with the family as well as travel.

Judy was a founding member of the Women of the South, which started in 1995, and she remained active with WOS up until her health declined. She was on the WOS High School Scholarship Selection Committee for many years.

In January 2017, Judy was diagnosed with Ovarian Cancer. After a 3 ½ year courageous battle She was called home to be with her Lord and Savior, Jesus Christ on October 5, 2020 at the age of 72.
Judy was preceded in death by her:
parents, Noma and J.T., Mother in Law, Ann Williams, and Niece Julie Davis.

Judy was a kind and gentle soul. She will be missed by all who knew her.

To send flowers to the family or plant a tree in memory of Judy Williams, please visit our Heartfelt Sympathies Store.

Receive notifications about information and event scheduling for Judy Williams

We encourage you to share your most beloved memories of Judy Williams here, so that the family and other loved ones can always see it. You can upload cherished photographs, or share your favorite stories, and can even comment on those shared by others.

John Barrett, Casey and Johna Estep, and other have sent flowers to the family of Judy Williams.
Show you care by sending flowers

Posted Oct 09, 2020 at 12:27pm
Our lives were enriched by her. We have many wonderful memories of soccer games and delicious meals with the gourmet group. Judy always had a beautiful smile and a special grace. It was our pleasure to know such a beautiful woman. God Bless you all. Richard and Karen Snyder
Comment Share
Share via:
DO

Posted Oct 08, 2020 at 09:19pm
My dear friend for over 40 years, Judy,,I wanted so badly to be at the service but couldn't be there today. I treasure the memories I have of you and your guiding influence on all who knew you. I will miss you forever, may you rest in peace. My love to your family, sincerely, Dana Old
Comment Share
Share via:
JB

Posted Oct 07, 2020 at 10:56am
My sweet Aunt Judy!! She was a staple in our family!! There are not enough words to express my gratitude for everything she meant to me. From taking amazing care of my Grandmother, always having the right words, kind, compassionate, showing me that love and marriage can and does work and for loving my Uncle Pepper. You will missed!! The beautiful picture I imagine is Grandma Ann and my Nephew Taylor Lewis embracing you in their arms with our Heavenly Father.
Comment Share
Share via: 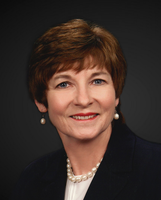 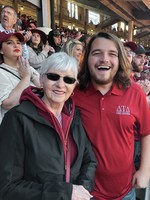 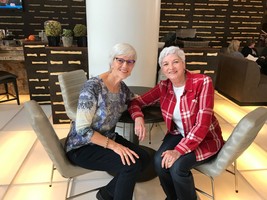 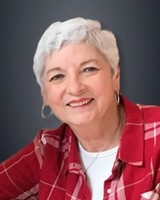