To share your memory on the wall of Wynema \"Nema\" Melton, sign in using one of the following options:

Velma Wynema (Chesser) Melton went to be with her Lord and Savior Jesus Christ on Monday, June 15, 2020, in Norman, Oklahoma. Nema was born in Seminole, Oklahoma, to C. Lloyd and Cratie (Combs) Chesser on January 28, 1927. She was raised in Seminole with her sister Ola Mae and brother Donald. When Nema was a young girl her family’s house was attached to the back of the grocery store her parents owned and operated and she always had fond memories of being in the store. Nema graduated from Varnum High School and went on to attend OBU and OSU. In 1946, Nema met the love of her life, Owen, and on August 19, 1946, the two were married at the First Baptist Church of Seminole. They raised their four children, Rick, Linda, Melody and Doug in a loving and Christ-centered home.

Nema was very active at FBC Seminole throughout her life serving as a youth sponsor, WMU leader, VBS worker and adult choir member. She served on a number of committees and Nema and Owen led the young married Sunday School department for several years and had a strong spiritual impact on many lives. They thoroughly enjoyed opening their home for church fellowships and hosting visiting preachers for dinner. Nema was known for being a devoted follower of Christ as well as a supportive wife, loving mother, caring grandmother, great-grandmother and trustworthy friend. She had an incredible ability to cook comfort food and bake pies and always had a beautiful home, sharp wit and wonderful sense of humor. She enjoyed traveling in the United States and internationally, summer vacations (especially to Crested Butte), shopping and playing bridge.

After living in the Seminole area for more than 80 years, Nema and Owen moved to Oklahoma City and became active at Southern Hills Baptist Church where they enjoyed fellowship with the Navigators Sunday School Class, BALL Club and Jubilee Choir. Her family and church were very important to her and having Christ at the center of her life allowed her to care for others in a special way that made them feel loved. In 2006, the family suffered a great loss when Owen passed away. Nema missed him very much and spoke of him often. In recent years, the Lord continued to bless her with good health and a love for walking although her memory began to fade. Even when the dementia became severe, Nema always remembered her husband, the old grocery store, being raised in Seminole and the words and tunes of many hymns.

Nema was preceded in death by her husband, Owen, with whom she enjoyed 59 years of marriage; her parents, Lloyd and Cratie (Combs) Chesser; her mother- and father-in-law, Ruthe Elizabeth and Roscoe Lee Melton; her brother, Donald and his wife, Pat; and her brother-in-law, Bill Clark.

She is survived by her son, Rick Melton of Palm Springs, CA; her daughter, Linda Yerby and her husband, Paul, of The Woodlands, TX; her daughter, Melody Melton of Tulsa; her son, Doug Melton and his wife, Lana, of Oklahoma City; and her sister, Ola Mae Clark of Houston, TX.

She is survived by seven great-grandchildren: Kinlee, Owen, Walt, Beulah Wynema, Afton, Addi, and Murphy. She is also survived by many cousins, nephews and nieces and other family members and friends.

In lieu of flowers, memorials may be made to the Oklahoma Baptist Homes for Children.
Read Less

To send flowers to the family or plant a tree in memory of Wynema "Nema" Melton, please visit our Heartfelt Sympathies Store.

We encourage you to share your most beloved memories of Wynema "Nema" Melton here, so that the family and other loved ones can always see it. You can upload cherished photographs, or share your favorite stories, and can even comment on those shared by others.

Dave and Donalee, Mike Davis, and other have sent flowers to the family of Wynema "Nema" Melton.
Show you care by sending flowers

Posted Jun 21, 2020 at 01:35pm
Rick, Linda, Doug and Melody,
I was so saddened to hear of Nema’s passing, and that I was not able to be there for her funeral. I have so many wonderful memories of her that will always be cherished. Our family will miss her so much.
Sue Combs McCollum
Comment Share
Share via:
JC

Posted Jun 19, 2020 at 01:20pm
My name is Janice Campbell. My husband JERRY , and I were members at Seminole First Baptist for many years. We had a lot of interaction with Nema and Owen both at church and personally. They were the most unselfish people. They gave land for the new Seminole Baptist to be built on. When I was one of the secretary’s at the church we had need of more vehicles to transport an overload of kids to Falls Creek. Nema and Owen donated their brand new car to haul kids. I think it was a Lexus. I remember everyone being rather shocked at their total unselfishness with their brand new expensive car. They were not worried at all about their new car being used by the kids for that trip. Nema was THE BEST COOK. She was so welcoming to everyone who came to their home. I remember one day when she had called me to come help her with something. She answered the door and She looked like a little rag a muffin standing there in her very elegant door way. She welcomed me in and we laughed so hard about how ragged she looked ! Nema was not a pretender. She was the real deal. I loved teasing her and she would get me right back with some even funnier remark. Nema and I would visit people interested in coming to our Sunday school class. If we went into a modest home, she would first remove her beautiful rings. She did not want to give impression to others who had less. I always admired Nema for her awareness of others. Who didn’t love Nema? If you knew Nema, you loved Nema. One of my jobs was to record financial gifts to our church. I can tell you that Nema and Owen contributed well to Gods work. And they did it faithfully. Thank you, Lord , for the lives of Nema and Owen Melton.
Comment Share
Share via:
CC

Posted Jun 18, 2020 at 11:38am
We are thinking of you during this difficult. You and your family will be in our prayers.

Dave and Donalee purchased flowers and planted a memorial tree for the family of Wynema "Nema" Melton. Send Flowers

Posted Jun 18, 2020 at 10:46am
Our hearts and prayers are with you. Curtis Hanks, Judy Ashlock, Judy Jackson, Dan and Debbie Berndt, Debra Lester, Bruce and Carla Leake.

Flowers were purchased for the family of Wynema "Nema" Melton. Send Flowers 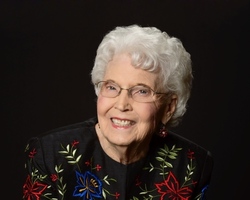