To share your memory on the wall of Joe Spencer, sign in using one of the following options:

Print
The funeral service will begin at 10:00 AM Saturday June 20. Once the service starts, the live stream will be available to view on the Vondel Smith Mortuary South Western Avenue Facebook page.

Joe Allen Spencer was born to Sanders J. and... Read More
The funeral service will begin at 10:00 AM Saturday June 20. Once the service starts, the live stream will be available to view on the Vondel Smith Mortuary South Western Avenue Facebook page.

Joe Allen Spencer was born to Sanders J. and Energie Maydru (Taylor) Spencer on June 23, 1940 at St. Anthony Hospital in Oklahoma City. He went to eternal rest on June 16, 2020. Joe grew up in southwest Oklahoma City and attended Stand Watie Elementary, Stonewall Jackson Jr. High and graduated from Capitol Hill High School in 1959. He attended Oklahoma Christian University in Oklahoma City and Foothill College in Los Altos, California. He retired from Southwestern Bell Telephone (now AT&T) as a manager in the Detail Engineering Department in 1991. Other careers included work at GT&E Sylvania Electronic Defense Laboratories in Mountain View, California, Tinker Air Force Base, and Bass Manufacturing and Sales in Oklahoma City. Joe traveled all over the USA in his motor home and was proud to say that he had visited 45 states. Joe was a huge NASCAR fan and attended races in North Carolina, South Carolina, Alabama, Florida, Texas, Arizona, California, and Virginia. His favorite places included Louisiana for its Cajun food and music and Branson where he would go trout fishing with his family and watch his granddaughter have the time of her life on the water slides and at Silver Dollar City. Some of the best times of his life were spent during family vacations on the shores of Lake Taneycomo in the Branson City RV Park. He was an avid record collector and had over 2000 vinyl records at one time, hundreds of them being very rare. He once had 27 Elvis Presley records on the famous SUN label. He always enjoyed reminiscing about the time he and his daughters were able to see Elvis Presley together in concert in Norman, Oklahoma in 1977. Joe was a 40 year OU football season ticket holder and loved to brag about how he had attended 41 consecutive OU-Texas football games at the Cotton Bowl in Dallas, Texas. He was also a loyal fan of the Alabama Crimson Tide because his mother was born in Alabama. Above all else, Joe was a devoted father and grandfather who absolutely adored his daughter and granddaughter. Joe could never wait to get around the next curve or drive up the next mountain. He loved sunrises. We hope that today Joe is driving into a beautiful sunrise somewhere in the great beyond. Joe was preceded in death by his parents, and brother, Bill Spencer. He is survived by his devoted daughter, Darla Mader, and her significant other, Steve Bessman; granddaughter, Misty Kyle, and her husband, Nathan; and three great grandchildren, Emme, Joslyn, and Cadence Kyle. Darla and Misty would like to sincerely thank the incredible staff at Sommerset Assisted Living Facility who cared for Joe as if he were family and would also like to thank Frontier Hospice for their support, understanding, and kindness.
Read Less

To send flowers to the family or plant a tree in memory of Joe Allen Spencer, please visit our Heartfelt Sympathies Store.

Receive notifications about information and event scheduling for Joe

We encourage you to share your most beloved memories of Joe here, so that the family and other loved ones can always see it. You can upload cherished photographs, or share your favorite stories, and can even comment on those shared by others.

Jason Acock and Conor Cleary, Dyana Pruitt, and other have sent flowers to the family of Joe Allen Spencer.
Show you care by sending flowers

Posted Jun 18, 2020 at 08:49pm
Darla and Misty- I'm so sorry for your loss! I know this will be hard for both of you- prayers of support heading your way! From Dyana (Dee) Pruitt

Truly Beloved Bouquet was purchased for the family of Joe Spencer. Send Flowers

Posted Jun 18, 2020 at 01:32pm
Darla, Misty,& Family: We are so sorry for your loss. The bond you had with Joe was amazing and hopefully provides a lifetime of wonderful memories!

Posted Jun 18, 2020 at 08:53am
This plant is for you to have in memory of your grandpa we all love you from Mader and Langley Family our heart s go out to you and family. Hugs

Trease mader purchased the Medium Dish Garden and planted a memorial tree for the family of Joe Spencer. Send Flowers 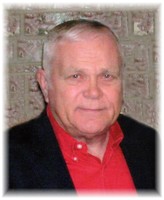