To share your memory on the wall of James Mills, sign in using one of the following options:


James MacDonald Mills departed his earthly home on Tuesday, July 7, 2020 after a lengthy battle with Glioblastoma brain cancer. His family was fortunate to be at his bedside as he took his last breath and entered his Heavenly home.

James was born in Tulsa, Oklahoma on May 18, 1976 to Phil and Mary Lu (Roach) Mills. The family relocated to Sulphur, Oklahoma where he was raised along with his brother, Philip and sister, Patty. In his younger years, James enjoyed many sports including track and basketball, but football was always his favorite. In high school, he played tight-end for the Sulfur Bulldogs until he graduated in 1994.

Art was always a passion of James’ and, after high school, James earned his Associates of Arts degree from Oklahoma City Community College. In spring of 1996, while living in Shawnee, OK, James was introduced to Heather Stejskal through a mutual friend. Heather would prove to be the love of his life and the two married in May of 1997.

James and his wife worked together at First Capital Corporation in Oklahoma City for many years until he left to pursue a career at Dell Technologies, also in Oklahoma City. He would remain at Dell for the next 14 years until his passing. James’ career progression at Dell was remarkable. He started out as an Information Technology Systems Analyst but would soon work up the ranks. His final title was Technical Support Engineer II. His boss and co-workers all agreed that James was an extremely valuable asset to Dell and everyone appreciated his years of service and dedication to the job.

In 2011, James and Heather made the decision to start a family. They were blessed with the birth of their twin daughters, Tillie Ann and Tensley Kate. James was a doting father and loved spending time and playing outdoors with their girls. When the girls were old enough, he taught them how to throw the football just like Daddy. He also taught them his favorite pastime, fishing. In fact, fishing was one of James’ favorite things to do in his spare time when he wasn’t busy with some other home project. His favorite fishing spot belongs to his high school classmate and close friend, Dave Heltzel’s, mom. Her homestead in Sulfur became the gathering place for old and new friends. They would gather several times a year to camp, fish, and enjoy each other’s company. That was his happy place. James was also not shy to admit he was probably one of the biggest OU fans. He attended many games over the years and was always ready to get together with friends and family to watch a game on TV.

James’ life was Christ-centered. He and family were members of Emmaus Baptist Church in southwest Oklahoma City. Although James was not able to attend in the past year due to his illness, the church family was still extremely helpful and supportive throughout his illness. The family will be forever grateful for the love and support from their church family at Emmaus as well as many others who have supported and prayed for them through this journey. James will always be remembered for his kind heart, unconditional love, and willingness to extend a hand of support to anyone in need. He was funny, artistic, hard-working, and humble. Even though he may have looked imposing with his tall stature, he was a gentle and kind teddy bear.

James was preceded in death by: his mother, Mary Lu Mills. James is survived by: his father, Phil Mills; wife of 23 years, Heather Mills; daughters, Tillie and Tensley; brother, Philip Barry Mills and wife LuAnn of Fort Worth, and his sister, Patty Mills of Oklahoma City; several aunts and uncles as well as many extended family members and friends.
Read Less

To send flowers to the family or plant a tree in memory of James MacDonald Mills, please visit our Heartfelt Sympathies Store.

Receive notifications about information and event scheduling for James

Donations are being accepted for: SAMARITANS PURSE.

Posted Jul 10, 2020 at 01:28pm
I remember when he would baby sit me after school in Sulphur, when Mom had to work he took care of me when I had gotten hurt, and when he pulled me on a sled, I had buried him in my sandbox, he had helped me out of the tree when I got stuck in it
Comment Share
Share via:
LF

Posted Jul 08, 2020 at 10:09pm
Our hearts are heavy but we celebrate and find joy in a wonderful life that was well lived by a wonderful Godly husband and father.

Posted Jul 08, 2020 at 08:22pm
I am so sorry for your loss. Love you, Tille, and Tensley so much! You will be in my thoughts and prayers. Heaven is getting a very special man. 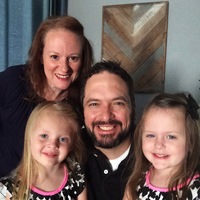 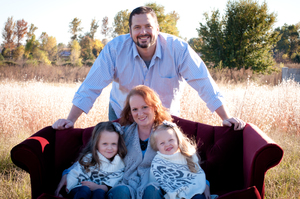 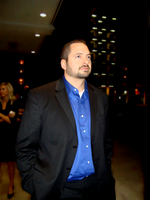