To share your memory on the wall of Justin Higgins, sign in using one of the following options:

Print
The family is requesting donations in lieu of flowers. Click here to make a donation


Justin was born in M... Read More
The family is requesting donations in lieu of flowers. Click here to make a donation


Justin was born in Mesa, Arizona to Randall and Dawn Higgins on January 10, 1985. He was rambunctious and daring as a little boy and always kept his parents on their toes. Randall and Dawn relocated to south Oklahoma City in 1987 where they raised Justin and his sisters Amber, Kari, and Brittany. Justin’s family had been longtime members at Shartel Church of God, and as a teen Justin was very active in his youth group. Justin had many cousins that lived nearby, and they were a tight knit group. They spent countless hours together playing, rough-housing, and running around the neighborhood causing all sorts of trouble. He also developed a love for sports before he was even two, and many of his favorite childhood memories were playing basketball, baseball, softball and football, both on teams and just with his neighborhood friends. He was naturally athletic and excelled at every sport he tried. Justin attended school at Kingsgate Elementary, Moore West Jr. High, and Westmoore, where he graduated in 2003. Justin’s first job was with Panera Bread, and he became well known among the customers for his infectious smile and personality. In 2006 Justin was blessed with the birth of his daughter, Gracelyn, and she brought a new light to his life. Realizing he loved taking projects from conception to completion, Justin enrolled at Moore Norman Technology Center to begin his training as an Electrician. Upon completion of the training program, Justin finished his apprenticeship with Weatherby Electric and then worked for Eagle Electric until 2015, when he left to start his own business, JSG Electrical Solutions. Justin and his crew completed many jobs for friends, residential clients, and local businesses. His attention to detail and quality of work made his business successful, and his passion for helping others led to many friendships. Any time he was not helping others, he spent with his family. Justin met Cindy Jackson in high school and maintained a great friendship until they started dating in 2011. The two were married on June 1, 2013 in El Reno at Darlington Chapel. Justin and Cindy were blessed with two sons, Jackson and Brantley, and a daughter, Sawyer. Justin was a family man and loved spending time with all of his children. He nurtured their interests, from working with Gracelyn on volleyball and softball to coaching Jackson and Sawyer’s soccer and basketball teams, and he delighted in watching them play. Justin was a quietly selfless man with a tough exterior. He was always willing to help out someone in need, and never expected anything in return. We are devastated knowing Justin is no longer with us. His memory will live on through the stories we all share. Please talk about him often. We will miss his smile, his quick wit, and his adventurous spirit, but we will never forget him.

Thank you to everyone for your outreach and support. Our family is so grateful for the amount of love and care we’ve been shown.

We would like to give a very special thanks to Justin’s crew Matt, Mac, and Darrien. Justin loved you all, and we’re so happy you were part of his life.

To send flowers to the family or plant a tree in memory of Justin Higgins, please visit our Heartfelt Sympathies Store.

Receive notifications about information and event scheduling for Justin Higgins

We encourage you to share your most beloved memories of Justin Higgins here, so that the family and other loved ones can always see it. You can upload cherished photographs, or share your favorite stories, and can even comment on those shared by others.

QDB Consulting, Blue Mountain Midstream, and other have sent flowers to the family of Justin Higgins.
Show you care by sending flowers

Posted Jul 15, 2020 at 09:20am
Randall, Dawn, Kari and Brittany,
We remember your family well from CHA. We are so sorry to hear of the loss of your son. Our sympathies, thoughts and prayers are with you all. We trust that you are drawing near to God for your strength during this very difficult time.
Jeff & Janet Holdridge
Comment Share
Share via:
QC

Posted Jul 14, 2020 at 11:50am
Please accept our most heartfelt sympathies for your loss... Our thoughts are with you and your family during this difficult time.

Posted Jul 13, 2020 at 10:17pm
My deepest sympathy to the entire Higgins family at this most difficult time. My prayers are with all of you. Ellen Thiele (Higgins) 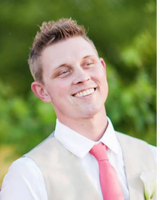 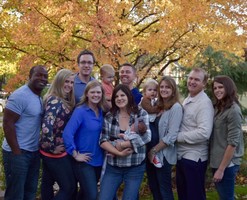 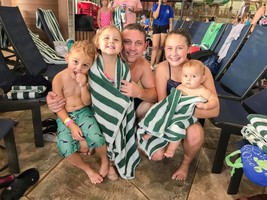