To share your memory on the wall of Ronald \"Ron\" Fulkerson, sign in using one of the following options:

Ron will be laid to rest with his beloved wife of 49 years JoAnn in a private ceremony.

Due to COVID-19 restrictions, public memorial services will be announced later this year. In lieu of flowers, memorials may be made to the OK Kids Corral, The Toby Keith Foundation, 818 NE 8th Street, Oklahoma City, Oklahoma 73104.

Ronald “Ron” Deane Fulkerson, age 87, of Oklahoma City passed away on July 10, 2020 surrounded by his family and his caregivers Tearsa and Bekah. It was a perfect ending to an extraordinary life.

“Ron” was born in the middle of the Great Depression on December 11, 1932 to Clarence Glen “Tex” Fulkerson and Mildred Estelle Fulkerson. The family had a home in south Oklahoma City which was short on cash but long on love. Ron attended Capitol Hill High School where he was very active. Following high school he enlisted in the U.S. Army and served his country honorably during the Korean War with the 1st Field Artillery Observation Battalion.

Ron would tell you his best decision in life was marrying JoAnn. That marriage lasted until her passing just short of fifty years of marriage. Ron and JoAnn traveled the world and contributed to their communities. There were three children born of the marriage, Steve, Scott, and Shawn.

Ron earned his Bachelor’s Degree at Central State University. He then attended Oklahoma City University Law School at night while working for the FAA and obtained his law degree in 1967. Upon graduation Ron “hung a shingle” and began a sixty-year career practicing law.

The founding attorney of Fulkerson & Fulkerson, P.C., Ron had an extensive law practice, trying more than 100 cases over his 53-year career. Ron established a full-service Firm offering legal advice on a wide variety of issues, which proved to develop a rewarding and established practice. He upheld the ideals of the friendly country lawyer and was available to his clients at any time.

An avid supporter of South Oklahoma City, Ron served on numerous community boards and advocated on behalf of many civic organizations. He has notably acted as an advisor, counselor, and director of Exchange National Bank, now BancFirst, in Moore for over 35 years. Ron has also served as speaker on behalf of the Oklahoma Bar Association for numerous events and has been recognized by a variety of publications for the charitable and community-focused undertakings.

Ron and his boys were avid fishermen and bird hunters. They spent much of their time in the outdoors fishing for “Ole Moe” or hunting until dark. Ron’s motto was “always come early and stay late”. This motto applied in his legal career and his many hobbies.

Ron was fortunate enough to meet Eleanor Rowan later in life and they enjoyed a very special and loving relationship during Ron’s final years. The family appreciates the love and care Eleanor provided Ron which made their life special. Eleanor will always be a part of the Fulkerson family.
Read Less

To send flowers to the family or plant a tree in memory of Ronald "Ron" Deane Fulkerson (Fulkerson), please visit our Heartfelt Sympathies Store.

Receive notifications about information and event scheduling for Ronald "Ron"

We encourage you to share your most beloved memories of Ronald "Ron" here, so that the family and other loved ones can always see it. You can upload cherished photographs, or share your favorite stories, and can even comment on those shared by others.

From your friends at Align Wealth Management and Jerry House sent flowers to the family of Ronald "Ron" Deane Fulkerson (Fulkerson).
Show you care by sending flowers

Posted Jul 14, 2020 at 12:01pm
Scott, Steve and Shawn, Patti and I want to tell you what a honor it was to know Ron. From running into him at the Civic Center to playing poker, I always gained knowledge by talking to him. The world has truly lost one of the finest persons that has graced this earth. Please let us know what we can do to help you during this. May God Bless your family.
Comment Share
Share via:
FM

From your friends at Align Wealth Management

From your friends at Align Wealth Management purchased flowers and planted a memorial tree for the family of Ronald "Ron" Fulkerson. Send Flowers

Posted Jul 14, 2020 at 10:01am
Sending all our thoughts and prayers in this time of sorrow Jerry and Michelle House

Flowers were purchased for the family of Ronald "Ron" Fulkerson. Send Flowers

Flowers were purchased for the family of Ronald "Ron" Fulkerson. Send Flowers 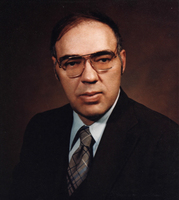 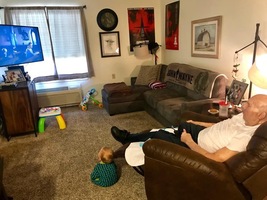 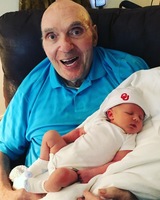 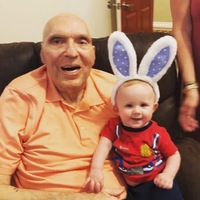