To share your memory on the wall of Janet Fallwell, sign in using one of the following options:

A private graveside ceremony is planned at Resthaven Memory Gardens

J... Read More
The family suggests memorials to the foundation of the donor's choice

A private graveside ceremony is planned at Resthaven Memory Gardens

Janet G. Fallwell, 84, passed away July 17, 2020 at her home following a lengthy illness with her husband of 66 years Bill, by her side. Janet was born in Oklahoma City on April 30, 1936 to Clifford B. & Clyde (Bell) Turner. Janet graduated from Capitol Hill High School in 1954, shortly after she and Bill were united in marriage. Janet was a devoted & steadfast Christian and was a member of Capitol Hill Baptist Church. She was a homemaker & a loving & wonderful wife, mother & grandmother. Her presence on this earth will be greatly missed & her memory will be cherished by all those whose lives she touched.

She is survived by her:
Husband of 66 years, Bill of the home,
Daughters: Dana Chappell and her husband, Tim and Aimee Trompeter and her husband, Tommy;
4 Grandchildren: Thomas Shelby Beaty and his wife, Holly, Bryan Trompeter, William Chappell, and Sarah Chappell.

Janet was a huge OKC Thunder fan and rarely missed a game. She enjoyed all kinds of music and loved to dance and play the piano. Her greatest joy, however, was spending time with her family.
Read Less

To send flowers to the family or plant a tree in memory of Janet Grace Fallwell, please visit our Heartfelt Sympathies Store.

Receive notifications about information and event scheduling for Janet

We encourage you to share your most beloved memories of Janet here, so that the family and other loved ones can always see it. You can upload cherished photographs, or share your favorite stories, and can even comment on those shared by others. 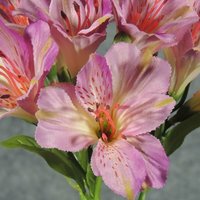 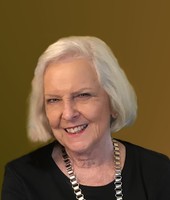