To share your memory on the wall of Larry Shaver, sign in using one of the following options:

To send flowers to the family or plant a tree in memory of Larry A Shaver, please visit our Heartfelt Sympathies Store.

Receive notifications about information and event scheduling for Larry

We encourage you to share your most beloved memories of Larry here, so that the family and other loved ones can always see it. You can upload cherished photographs, or share your favorite stories, and can even comment on those shared by others.

Ron Clamser, Jr., Amy Swindell and family, and other have sent flowers to the family of Larry A Shaver.
Show you care by sending flowers

Posted Jul 22, 2020 at 03:03pm
Larry, my brother in law, always had a wry sense of humor. He saw the irony in everything. His observations and thoughts about culture, politics, film, the written word and relationships were always interesting, causing stimulating discussions. Larry adored and admired his son, Brian. He always said that Brian was his biggest accomplishment in that Brian is such a fine, intelligent, sensitive, loving son, successful in his marriage, friendships and profession. Larry approached his cancer with the same logical and thoughtful thinking that he employed in his work as an air traffic controller instructor. Larry's name and legacy will live on due to his family of origin and family related to my sister Mona (deceased), his first wife and his second wife, Teresa (deceased). Larry's name will also endure due to his donation of his extensive collection of Isaac Asimov books which were then used to create the West Virginia University Asimov Rare Book Collection. Some are signed editions. May he rest in peace as he is no longer struggling with the life robbing disease he lived with in his last years.
Comment Share
Share via:
WF

With love, your NASDOG Family

Posted Jul 22, 2020 at 01:23pm
Brian and Heather - Please accept our most heartfelt sympathies for your loss. Our thoughts are with you and your family during this difficult time.

With love, your NASDOG Family purchased the Vivid Recollections for the family of Larry Shaver. Send Flowers 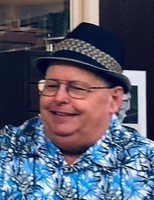 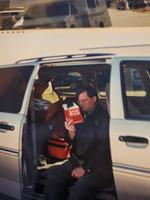