To share your memory on the wall of Joseph Rischard, sign in using one of the following options:

Print
In lieu of flowers, donations may be made to Mt. St. Mary Catholic High School.

Joe Rischard, 84, passed from this life to his eternal reward on July 21, 2020. Surrounded by his family and showered in God’s merciful love, Joe peacefull... Read More
In lieu of flowers, donations may be made to Mt. St. Mary Catholic High School.

To send flowers to the family or plant a tree in memory of Joseph Patrick Rischard, please visit our Heartfelt Sympathies Store.

Receive notifications about information and event scheduling for Joseph

We encourage you to share your most beloved memories of Joseph here, so that the family and other loved ones can always see it. You can upload cherished photographs, or share your favorite stories, and can even comment on those shared by others.

Posted Jul 31, 2020 at 10:28am
My heartfelt condolences to the family of Joe Rischard. I will not be able to make it to the funeral today but wanted to share some thoughts and memories. I will always remember this man as Coach Rischard. He was mine and Bobby's basketball coach at Sacred Heart. Coach Rischard was a tough coach who expected much from his players. He gave generously of his time for his teams. He cared for his players and their success. He expected and coached his teams to give 100% effort. He stressed fundamentals and conditioning. Anyone who played under him remembers running wind sprints to the point of exhaustion. I remember him saying, "We may not have the talent that Corpus Christi has but we can out-hustle and out run them." He was right! One of the highlights of playing for him was beating CC. In one game we put on a full court press and ran fast breaks from the start. By the 4th quarter they were exhausted but we were still fresh and we won. I think we only beat CC one time but the hard work was definitely worth it! This was an important life lesson for me. I learned discipline, hustle and hard work can at times be greater than talent. This has been greatly beneficial to me in many of my life situations. I thank God for Coach Rischard and for his instilling this in me.
Prayers for your family,
James Schlecht
Comment Share
Share via:
AI

Posted Jul 23, 2020 at 03:58pm
Rischard Family, I'm so sorry for your loss. I will pray for your family during this difficult time. 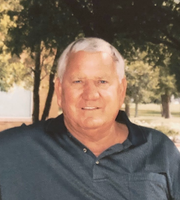