To share your memory on the wall of Jacob Parsons, sign in using one of the following options:

Jac loved playing baseball from the age of 5 into adulthood. He played his Little League career with the South Side Bears coached by his dad, Mickey and Grandpa “Pops”. He then went on to play in a men’s softball league with his brothers and friends. His favorite thing was playing in the all-night softball tournaments and tailgating with his friends in between games. When he wasn’t playing sports, Jac was a very loyal fan of the Chicago Cubs since he was a child. He was crazy with excitement when the Cubs won the World Series in 2016. He always said that the Cubs winning was a memory for a lifetime!!

In Jac’s teenage years his mom moved with the boys to Texas. There, he gained his stepdad, David Bailey, who loved him as his own and was soon joined by a new baby brother, Jason. Jac loved Jason with all his heart and spent countless hours playing with him. Their favorite thing to do was go for walks where Jac would push Jason in his “Flintstone Car”.

On July 12, 2002 Jac was blessed with the birth of his first child, a son, Trenton Don Parsons. He was so excited when Trenton was born that he requested the nurses to ring the Angel Chimes as many times as they could. Jac loved playing cars with him on the floor and taking him to Chuck-E-Cheese to jump in the ball pit and play Skee ball. Then on November 14, 2006 Jac was blessed with his second child, a precious baby girl, Kelsey Dawn Parsons. Kelsey quickly became and always will be daddy’s little princess. She had her daddy wrapped around her little finger at first sight. Jac loved both Trenton and Kelsey with all his heart. Jac was also blessed with 5 nieces, 8 nephews, and 1 great nephew that he loved. He loved when his mom would call and tell him all about their events especially if it was sports related.

Jac was always willing to help out anyone in need and never expected anything in return. We are devasted knowing Jac is no longer with us, but we know that he is no longer suffering and in a better place. His memory will live on through the stories we all share. Please talk about him often. We will miss his smile, his quick wit, and his adventurous spirit, but we will never forget him.

Thank you to everyone for your outreach and support. Our family is grateful for the amount of love and care we’ve been shown.

Jac is also survived by many aunts, uncles, cousins, and extended family and friends who all loved him and prayed for him throughout his life.

To send flowers to the family or plant a tree in memory of Jacob Don Parsons, please visit our Heartfelt Sympathies Store.

Receive notifications about information and event scheduling for Jacob

We encourage you to share your most beloved memories of Jacob here, so that the family and other loved ones can always see it. You can upload cherished photographs, or share your favorite stories, and can even comment on those shared by others.

Posted Jul 27, 2020 at 10:58pm
Carmen, David, & Family -Please accept my most heartfelt sympathies for your loss. My thoughts are with you & your family during this difficult time.

Flowers were purchased for the family of Jacob Parsons. Send Flowers

Medium Dish Garden was purchased and planted a memorial tree for the family of Jacob Parsons. Send Flowers

Posted Jul 27, 2020 at 11:15am
David and Carmen, our deepest condolences. CFI shares in your sadness as you remember Jacob. You and your family are in our thoughts.

Flowers were purchased for the family of Jacob Parsons. Send Flowers

I am so sad that I will not get to say good bye to you Jac. I still can’t believe this is real. We weren’t just cousins we were close friends. I loved that we all grew up so close living on the same street. We caused a lot of trouble as kids. I think we even broke a few laws together🤪 lol . I have so many memories I don’t even know where to start. I remember setting up a carnival 🎡 in the carport and scamming the neighborhood kids out of their money for our old stuff animals you know in true carnival fashion lol. I remember walking to grandmas and grandpas jamming out to bone thugs in harmony. Playing 4 square with all the neighborhood kids And the time Chad’s friend and I can’t remember his name getting mad at you and Jeffery saying you two cheated. I remember climbing up on the roof of your garage and jumping off with the pillowcases thinking they were parachutes LOL that didn’t work out too well. Tricker treating all night long being dropped off in different neighborhoods to get the biggest loot possibly filling pillowcases full with candy (than Grandpa had to check the candy to creat his own stash lol). And we all loved wrestling so much that at Christmas when we did grandmas Christmas lights we put NWO in red lights as big as possible across the roof. And the time we worked at the grocery store together and we heard the news the Michael Jordan was retiring (for the first time) from basketball I and you told the manager you had to leave because you were so upset and I had to go too because I was your ride lol. Man you loved the Bulls! could go on and on. I will always be the triplet to two crazy loving funny twins. I will miss hearing you call me sis. One thing I can say is true and I know the world would agree you had the biggest heart and would do anything for anyone. You loved with all your heart ❤️. Bye for now until we meet again. Love you always Jac! 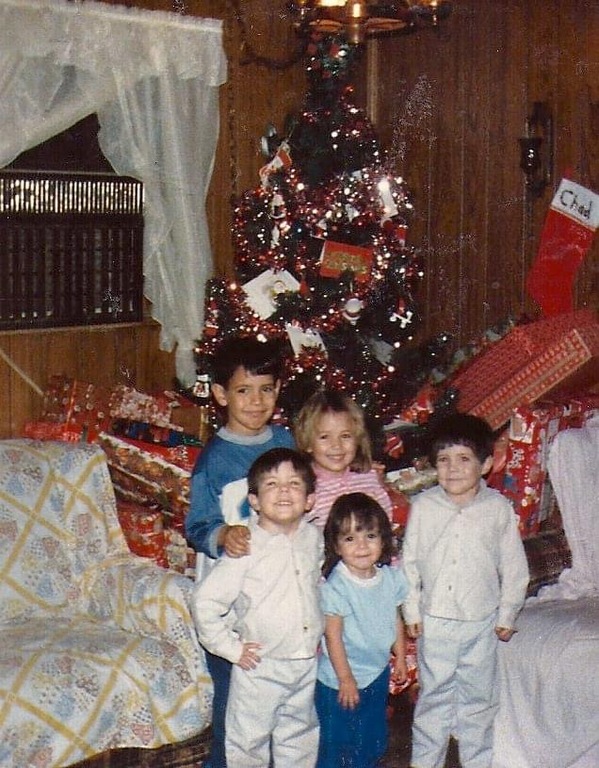 Posted Jul 27, 2020 at 10:24am
As you grieve know that we are remembering you and honoring the memory of "Jacob Parsons". With heartfelt condolences, praying for you. 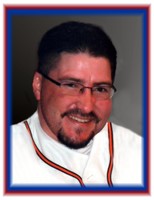