To share your memory on the wall of Patricia Brooks, sign in using one of the following options:

To send flowers to the family or plant a tree in memory of Patricia Jaminiez Brooks, please visit our Heartfelt Sympathies Store.

Receive notifications about information and event scheduling for Patricia

We encourage you to share your most beloved memories of Patricia here, so that the family and other loved ones can always see it. You can upload cherished photographs, or share your favorite stories, and can even comment on those shared by others.

Posted Aug 05, 2020 at 04:43pm
I worked with Patricia at OCCC and lunched with her and other faculty members after her retirement. She loved to tell stories and always had that little twinkle in her eye as she launched into one! I remember the story of how she met her husband and a story about the tour bus being held up by bandits(?) on a trip to Mexico. She was witty and sometimes sarcastic, but so kind and always so interested in other people. I saw love and pride in her expression as she talked about her husband, children and grandchildren. She was loved and will be missed. My prayers are with the family.

Posted Aug 05, 2020 at 04:00pm
Dear Brooks Family, We are so sorry for your loss. Tricia was such an amazing woman! Sending all our love, Maria & Juan Valdez

Posted Aug 05, 2020 at 02:10pm
This lovely woman just shone with warmth and kindness. What a loss not only to her family but to all of us who so admired her. She truly leaves the world a bit better place for her having lived in it. Rest in peace, dear Tricia.
Cecilia Baltierra
Comment Share
Share via:
HS

Posted Aug 04, 2020 at 02:21pm
Please accept our most heartfelt sympathies for your loss. Our thoughts are with you and your family during this difficult time.

Flowers were purchased and a memorial tree planted for the family of Patricia Brooks. Send Flowers 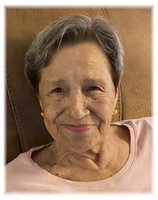 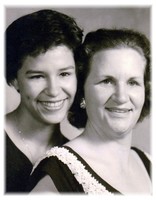 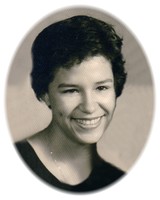